While goldfish are a fairly docile and calm aquatic species, they can sometimes get a little aggressive and hostile inside the tank. They typically grow up fast and can prove to be invasive, so questions about potential aggression are bound to come up.

Goldfish generally get along well with the same type of goldfish or fish from similar habitats. In fact, they are pretty calm fish and unlikely to exhibit much hostility, unless their food or territory is threatened. Aggression in goldfish usually only takes over when there is a lack of space, or during spawning.

As a prospective goldfish breeder, you could be concerned about the safety of any other fishes in your tank. We answer all your queries about how aggressive goldfish really are, what factors influence their hostile behavior, and what to do to address those.

Are goldfish aggressive with other species?

Goldfish can be hostile towards smaller or weaker tropical fish. However, even when your tank has only goldfish, you should keep the same types together. For instance, avoid having Bubble-Eyes and Comets together because the latter swim a lot quicker and have a larger diet than the former.

Which other species thrive peacefully alongside goldfish?

If you must bring other species into the tank, make sure they are from similar underwater environments. For instance, White Cloud Mountain Minnows are cold-water fish, just like goldfish, and can outswim the latter. Here are a few others that prove to be good partners for them:

Typically, fish species that strictly should not be placed along with goldfish include Angelfish, Betta Fish, Guppies, Mollies, Platies and Neon Tetras.

According to experts, owners should introduce all their goldfish within no more than six weeks. This is because the existing fishes could establish territories and set up behavior patterns within a short time period. So, any delay over six weeks may mean that the existing fishes would show aggressive behavior to the new entrants. Also, when introducing new fishes, make sure there isn’t too much of a size or age difference.

Overcrowded tanks have been a major cause of aggression in ornamental fish throughout the U.S. in the past few years. So, in cramped-up spaces, most domesticated fish are likely to throw their weight around by flaring their nostrils, guarding spaces and chasing tank-mates around.

Does feeding jealousy cause aggressive behavior?

Goldfish are smart, sensitive creatures that can display jealousy if they feel the other fish have got more food, or their share of the food. So, one easy way to know if this is indeed the case is by observing if they fight only at mealtimes. Typically, goldfish grow up very fast. So, they need more food than other pets. In fact, they can get violent if they don’t get enough food. Case in point, Big Bob, a goldfish that grew 12 inches long, would thrash around in his tank aggressively, demanding to be fed, even scaring the owner’s two pet cats.

Among the hardiest varieties of goldfish, Ryukins are very popular as pets and newbie aquarists. In fact, they are known to outswim and bully smaller species like Celestial Eyes and Bubble Eyes. Rarely, some Ryukin goldfish may even eat their weaker tank-mates’ eyes. Also, Ryukins can be extra aggressive in the spawning phase. Typically, they require more vertical space, and are thus suited to tanks with good water depth. Otherwise, they may get aggressive.

During breeding time, goldfish could be more susceptible to getting aggressive due to hormonal changes in their body. Interestingly, at this time the males chase the females all over the tank in a mating dance of sorts. In fact, this goes on for long periods of time until the female tires out and releases her eggs. Thankfully, there are ways to know if any aggressive behavior on the parts of your goldfish is a result of spawning. For instance, if you notice the front fins and gills of your male goldfish have breeding stars, or tubercles, it is a sign that spawning is making your goldfish aggressive. Usually, these chases occur due to temperature fluctuations, overfeeding or water change.

Can goldfish bite you?

It is not possible for goldfish to bite you no matter how agitated or distressed they are. This is because unlike sharks and piranhas their teeth aren’t sharp. In fact, they have flat teeth that can only be used to crush food. Moreover, the teeth are located at the far end of their throats, in their pharynxes.

Do goldfish bully and prey on other injured goldfish?

You might often notice your goldfish to engage in bullying behavior, including attacking their sick mates and hurting other injured fish. Typically, they would chase the weaker/gentler ones and peck on their vulnerable parts. In fact, some experts believe goldfish do this to establish a pecking order or hierarchy. Others, however, believe that goldfish do this as a survival tactic to protect themselves from infection. Thus, you should remove injured or sick fish from the tank and allow them to heal in a separate tank.

How to know if my goldfish has been a target of aggression?

If a goldfish that likes to swim usually at the bottom, starts sticking to the top or doesn’t move as much as earlier, it could be a sign of stress. In fact, this could mean that it was attacked by another tankmate. There are some other serious signs to look for. For instance, look for scratches, scraped scales, torn lips, and even open wounds and nicked fins.

Typically, aggression can also be a sign of disease in goldfish. For instance, poor water quality, low oxygen levels, toxins and nitrites, and parasites can cause your goldfish to behave unusually. so, perform regular water changes and clean the tank from time to time. If, however, you suspect that parasites are to blame, treat your tank with medication accordingly. If, on the other hand, you think poor concentration is the culprit, make sure your filtration system is running properly. 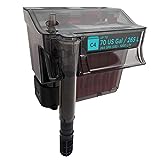 What is fin/tail rot?

If you notice that your goldfish has a part of its fin missing or shredded, it could be a sign of fin rot or infection. The same thing can happen to the tail, too. Alarmingly, infections like this are often contagious. In fact, the poor quality of tank water often causes and aggravates infections like this. If left untreated, the infection can even eat away the entire tail or fin. So, if you notice signs of tail or fin rot, seek medical treatment for your goldfish as early as possible.

What to do when goldfish are injured?

Well, the first thing to do is to take the injured fish out of the tank and quarantine it for some time. So, you can set up a separate tank with a capacity of five or 10 gallons. Add rocks, a piece of wood, plants, and a glass lid, so that the quarantined fish won’t jump out. 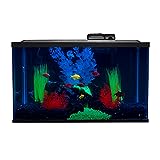 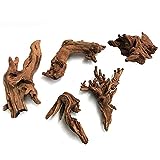 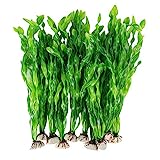 If, however, you choose to apply medication to an injured fish’s wounds, start by gently netting it and dabbing a little iodine over the wound. You can also consider adding salt to the water (one teaspoon per gallon) to speed up the regeneration of the fish’s slime coat.

How to stop goldfish from fighting with each other?

In a tank with more than one goldfish, one’s aggressive behavior is bound to hurt the other at some point in time. So, here are a few measures you can take to curb their aggression and stop the fighting:

Usually, goldfish are non-aggressive animals. However, you should not put together different species of them. Also, overcrowding tanks can stress them out and force them to put up a hostile front.

Can Goldfish See in the Dark?