Of late, there has been a great deal of debate about the short memory spans of goldfish, which are about the most popular aquarium fish species in the world. Forgetful people are often dubbed ‘goldfish brains’ and these animals have been, for the longest time, said to have a three-second memory span.

One of the first fish species to be domesticated. Goldfish are intuitive and sensitive creatures. So, they display a great capacity for learning and can have a memory span of up to five months. Moreover, they are highly perceptive of their environments, using sights and sounds and picking up signs to access food, and survive.

However, if you still have your doubts about how it stacks up as a pet versus cats and dogs, here is the comprehensive low-down. We answer a host of questions and address false perceptions about the intelligence of goldfish, using examples from everyday life. In addition, we also talk about other relevant issues pertaining to the matter:

What is the IQ of a goldfish?

In terms of conventional mapping, goldfish do not score very high. Some believe that the average IQ of goldfish lies in the range of 30 to 40, compared to the 130 of freshwater salmon, which is considered a highly intelligent creature. However, nothing conclusive has been arrived at so far.

How do goldfish measure up in the fish community?

It would be unfair to compare intelligence in fish to that in other, terrestrial animals. Typically, the standards of intelligence are different across animals, and that is true for your underwater friends as well. In fact, goldfish are known to be highly social beings and to quickly form associations with sights and sounds. They are also capable of expressing agitation and communicating with other fish by way of signals and pheromones. These pheromones are then converted by other goldfish to neurological responses, which demonstrates their capacity for sophisticated underwater interaction. A study published in the journal Animal Cognition stated that goldfish even show behaviors such as cooperation and reconciliation.

Do goldfish recognize their owners?

Lack of physical contact with their owners might give the impression that goldfish are indifferent to their owners’ presence and absence. However, depending on their familiarity with the person, they may hide or present themselves in their bowl.

Typically, your goldfish will swim to the front of their tank or bowl if they perceive you (or the person who feeds them) approaching. Likewise, they can display shyness and hide if someone unfamiliar approaches. Also, they have their own way of showing affection, which again goes on to show their value as a smart animal.

How long does the memory of a goldfish last?

It is commonly believed and jokes get made about goldfish being able to remember things for only up to three seconds. However, that is only a myth and a ridiculous one. In fact, goldfish can have a memory span of up to five months, which is also the reason why they have been used in psychology studies.

Numerous experiments conducted by researchers and experts show that not only do these animals learn quickly. But that they have healthy retention too. For instance, you can train your goldfish to use a lever to get food or to recognize the signs of its appearance.

Once you train a goldfish to escape nets, it can remember the route after a whole year, shows a recent test. In another study, the researcher trained some goldfish to associate feeding time with a particular sound. Later, they released the goldfish into the wild. After they returned, they could still recognize the sound and associate that with feeding time.

They don’t just ditch predators and get hold of food — goldfish are made for bigger things. Interestingly, goldfish can even play football, fetch, and basketball and have quite a few tricks up their sleeves. A little while back, a goldfish variety called Comet performed all this. Comets are very active, too, and spend a lot of time exploring their environment.

It might come as a shock to some, but these mute little aquatic creatures can differentiate between two genres of sophisticated classical music. In a series of experiments, experts played the music of composers Johann Sebastian Bach and Igor Stravinsky at different times. More specifically, they trained one group of goldfish to bite at a ball filled with food when Bach was played. The same group of fish didn’t nibble at the food ball when Stravinsky was played.

How can goldfish perceive sound?

One can credit goldfish’s ability to register sound and process it as information, to the bone structure that these animals have evolved. This provides a mechanism that works with the change in sound wave pressure, carrying it as messages to their inner ear.

Is it easy for regular people to train their pet goldfish to perform tricks?

You can start out by feeding it in a particular place in the tank. Now keep changing the locations to see the goldfish follow and swim to those locations. Once a routine has been established, you can even get them to swim through hoops to get to the treats.

Do goldfish have brains?

These animals, like most others, do have brains. However, experts earlier believed that they cannot create a cognitive mapping system because of the absence of a cortex and a hippocampus (where explicit memory is stored). However, new research has found that they do employ cognition spatially to find food. The study has also shown that they are capable of finding the right trajectory to get to their objective (food) by using allocentric (depending on external factors) points of reference. These cues include sounds, polarized light, landmarks and odors.

Do goldfish have a humanlike color vision?

These animals can see more colors than the human eye can. In fact, this is one of the reasons why they are studied extensively when it comes to perception and cognition. They go one step ahead of even primates in that they can perceive the very same colors humans can. In fact, they can even perceive ultraviolet light thanks to an extra color receptor.

Goldfish enjoy digging around and looking for scraps and bits of food. They may also do this just so they can leave their mark on the surroundings. However, if you see them chase each other around in the aquarium, this could be them preparing for mating. In fact, they may seem aggressive at these times, but it is absolutely normal behavior for this active species.

They are highly social beings and live in shoals when not in captivity. Therefore, experts recommend keeping them in pairs if not bunches inside bowls or tanks. This is because solitary goldfish are prone to depression or inactivity. In countries such as Switzerland, keeping just one goldfish is illegal.

It is important to ensure that your beloved goldfish have a good company. If they grow too big for their tanks or are left alone after the death of their companions, shift them to a bigger water body, like a pond outdoors. Also, experts suggest that owners keep changing the environment of their fish tank from time to time. Goldfish are likely to get bored with seeing the same surroundings for months.

How to make the underwater environment interesting and playful for goldfish

Goldfish like to stay close to the bottom underwater. Hence, it is a good idea to place large, round rocks at the base of the tank. However, make sure to treat the stones so that they pose no risk to your goldfish.

Another idea to keep your goldfish active is to have artificial plants inside the tank. They can swim around them and at the same time, not miss their natural habitat. Interesting pieces of wood (make sure they’re treated, again) will also lend interest to the environment inside and allow your goldfish another zone to swim around. 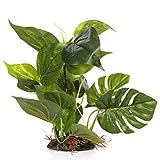 How well do goldfish adapt to new surroundings?

Goldfish do not just thrive in the wild. They take to captivity well, and can be taken to tanks with other fish of similar size. They also prove to be a tough species, since they adapt to fluctuations in temperature, changes in the water’s pH level, turbidity and low dissolved oxygen. This is one of the reasons why they have potentially long lifespans.

Does a potentially long lifespan mean they’re smarter than we think?

Their average lifespan — about 10 years — is another reason to finally debunk our misconceptions about goldfish as unintelligent creatures. A longer lifespan is usually linked to higher levels of cognition, and goldfish can live up to even 25 years when not in captivity. The longest a goldfish ever lived was 44 years!

Clearly, goldfish are smart creatures that provide a promising template to study larger animal behavior. It also makes them intelligent and charming pets. Conversely, goldfish have also been seen to turn into an invasive, disruptive species when in the wild. They can swim at large distances and can greatly influence the underwater environment.

Why do Goldfish Tanks Get Dirty Fast?

Do Oscar Fish Have Teeth?

6 Signs That Your Fish is Happy in a New Tank

Do Mollies Eat Their Babies?