Can Fish Love Their Owners? Do Fish Really Show Emotions? 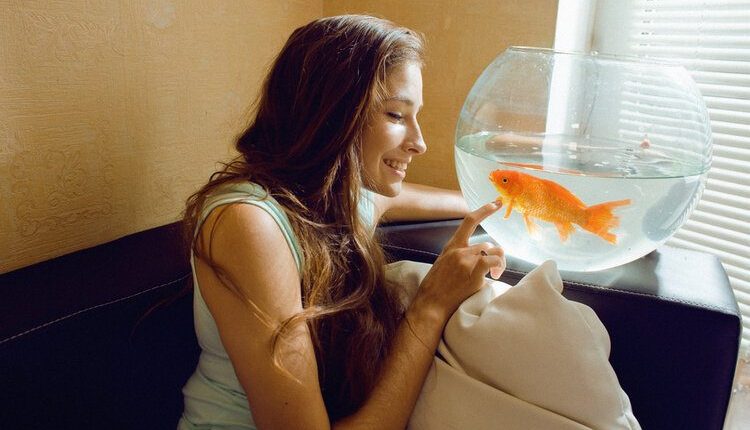 A popular question we come across on a regular basis is “can fish love their owners?”. Everybody wants to form a great bond with their pet, but this may be easier to do with a dog than it is with a fish.

New scientific studies and evidence suggests that fish are more intelligent than first thought and it may be possible for a fish to form an attachment and meaningful connection with it’s owner.

Taking care of aquariums is very hard work, so this is great news for fish owners knowing that they will at least receive something back for all of their hard work and efforts.

The question asked is, are fish able to remember a specific person? New research has concluded that fish can recognise their owners and they also have a better memory than we give them credit for.

This question was examined in greater detail by Dr. Cait Newport in her study titled, Discrimination of Human Faces by Archerfish. The purpose of the experiment was to determine if a fish has the ability to recognize a particular human face.

The archerfish used in the experiment were trained to recognise a photo of a face by spitting water at it. Most of the fish completed the training with ease after just a few days and were given a reward for choosing the correct face to spit at.

To really put this study to the test, as many as 44 different human faces at a time were presented to the fish. The correct face was spat at by the archerfish nearly 81% of the time.

The studied had proven that archerfish were able to pick up on individual appearances of the human face such as the mouth, nose, and eyes. Other scientists working with archerfish have also reported that when a stranger walks into the room, the fish appear very anxious.

Does My Fish Know Me?

After reading about Dr. Cait Newport’s study, it’s easy to think that our wish will recognise us. Although the experiment was very conclusive, it’s not quit as simple as it appears.

It’s difficult to come to a conclusive answer to the question of does my fish know me because there are just so many species of fish in the world. Each and every one of the species of fish are going to have different vision and levels of ability.

Koi fish ponds where also part of a study that shows a big difference in their behavior. The studies shown that the Koi fish responded by coming over to their recognized owner.

The fish immediately retreated to the back of the pond when Dr. Sanders walked over because they associated the blue medical scrubs with being caught in a net and examination.

Do Fish Bond With Their Owners?

After looking at the studies, the results show that yes, fish probably do develop a bond with their owners. It’s kind of strange situation because you cannot interact with a fish in the same why as you would a dog or a cat.

What Emotions do Fish Show? 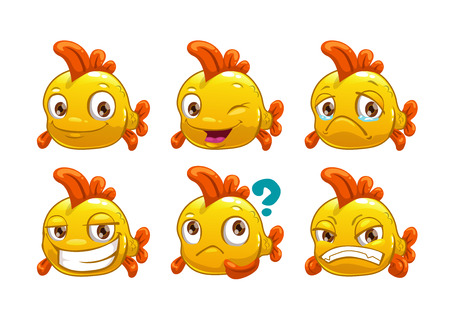 Human emotion can be complex and hard to understand let alone the emotion of fish, but do fish show emotions and what kind of emotions do they show?

Tests To Prove Fish Have Emotions

The only way o prove something is by testing, and that’s exactly what scientists have done.

The tests were to see if fish really do have emotions and they involved changing a number of factors such as foods and conditions to see if they could be altered just like how it works in humans.

Sea bream were trained under both adverse and favorable conditions by a Portuguese biologist to see if these conditions would trigger an emotional state. Researchers tracked overall behavior, as well as interaction, and the measurement of cortisol, a stress hormone, and brain activity.

The study confirmed two very interesting things. The first is that the study conformed that fish do have emotions. Secondly, the test showed that over thousands of decades they have developed more sensitive emotions and these emotions are still continuing to develop.

You can read the scientific paper here.

How does a fish’s brain work?

Getting an insight of how a fish’s brain works will give us a better understanding of how fish recognize and show emotions towards humans.

Structure Of A Fish Brain:

A fish’s central nervous system features a relatively small brain, spinal cord, and nerves that spread across the entire body. Here are some important features:

You’ve probably heard the common statement regarding gold fish in that they only have a three second memory, but the studies have proven this to be a myth. Fish actually deserve a lot more respect and credit for their intelligence.

In another experiment, a series of tests were carried out to test and measure the memory of a fish. The tests involved fish having to memorize specific patterns in order to learn an escape route to prevent being caught by a net.

After around 5 minutes and about 15 different trials, the fish managed to memorize the escape route to avoid being caught.

The same test was carried out on the exact same fish an entire year later. Not only did these fish manage to remember the escape route, they also improved on the time in which it took them to do it.

Does My Fish Know His Tank Mates?

As well as wondering if fish can love their owners, you may also be interested to know if fish know their own tank mates. Another study conducted by Culum Brown showed that fish have an even better ability to form at attachment with other fish.

The study concluded that it took around 10 to 12 days to form at attachment with other tank mates. Once this period of time has past, the tests showed that the fish prefer to stay with their current tank mates than to have new tank mates placed in.

Recognizing other fish is important to keep track of relationships and to establish hierarchy within their group.

Remember that fish are more intelligent than you think. Fish do have the ability to love and recognize their owner, although this depends upon the individual fish, and the level of love is not going to be quit the same as with a dog or a cat.