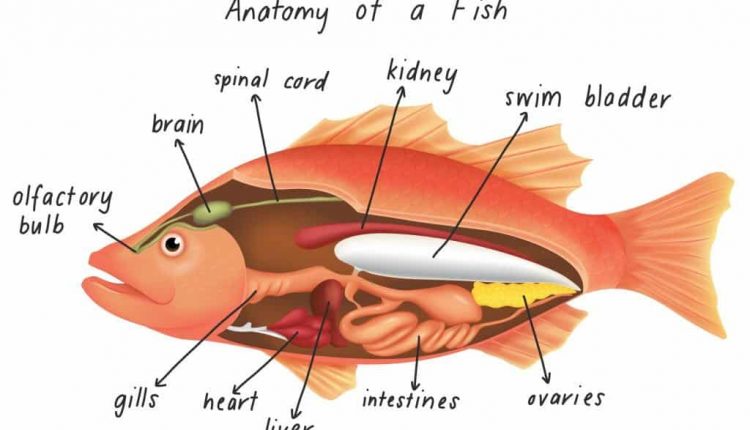 Did you know there are 14.7 million freshwater and saltwater fish pet owners in the US? This makes fish the third most popular pet to raise. Perhaps fish owners have realized the amazing health benefits of owning fish. For example, having fish as pets can lower your blood pressure, improve mood, and reduce stress!

Owning fish is fascinating, and we have all heard people say “fish have a seven-second memory” or “fish aren’t smart enough to be interested in you.” When, in fact, fish are intrigued by people, and their memory can last years! So, if they have a memory, does it mean they have brains?

Let’s learn all about the general anatomy of fish and whether or not they have brains.

Do Fish Have Brains? – How a Fish’s Brain Works

Do fish have brains? Yes! Fish do have brains. Fish have a nervous system and brain which controls their movements. However, a fish’s brain is considered small compared to its body size and doesn’t fully occupy its cranial cavity, which means there is a small gap. A fish’s brain is covered with a network of blood vessels called choroid plexus, and it’s white in color and soft.

Before we delve into the anatomy of a fish brain, we need to understand better what intelligence means. Intelligence is about obtaining, retrieving, and comparing new information and conceptual skills. It also involves storing memory, but are fish capable of this? Well, we know they do. For example, if you add a new fish to your aquarium, the new fish knows it is in a new environment, and the old fish knows there is a new fish. As a result, the new fish will explore their new environment when they feel safe.

Another example would be how they associate you with food. Have you noticed that fish will come to the surface knowing they will get fed when you open the top of the aquarium? This shows that they have intelligence.

Most fish have a less than 1% brain weight to body ratio. However, larger fish will have a larger brain-to-body size ratio. This doesn’t necessarily mean that large fish are smarter. Intelligence involves more than the size of the brain as a whole and concerns the proportion of the forebrain.

Understanding the parts of a fish’s brain gives us a better understanding of its intelligence.

The spinal cord of a fish is similar to all fish. From the base of the brain and along the fish’s body, you will find a sheath of nervous material protected by the spinal column’s neural canal. It usually extends for the full length of the fish’s body. However, some fish, such as the Sunfish, have a shorter spinal cord than their brains.

Dolphins and humans have the most complex forebrain in the world. However, we can determine that fish have a brain and displays behaviors that shows intelligence.

Fish are far more intelligent than you may think. Studies show that fish can even retain information for years. For example, a goldfish can even remember the color of the tube that dispenses food at least one year after it was last introduced. In addition, goldfish owners can train their fish to recognize different shapes, colors, and people, so they often come to the surface when a known person comes to the tank during feeding time. Another example of a fish’s memory is how well salmon can smell. This is also known as olfactory imprinting. Salmon will go back to the same stream they are born during mating season.

When fish encounter new prey, they learn to feed on it efficiently and remember how to do so the next time they encounter it. In addition, fish learn their territory’s boundaries and precisely know where their predators are and the best places to find food and mates. Some species can learn complex spatial relationships and form cognitive maps.

Another sign that fish have some level of intelligence is their ability to attract a partner. They use their bodies and environment to make themselves appear attractive to the opposite sex and may even use strategies to change their appearance. For example, some fish will inflate their bodies by swallowing large amounts of water to appear larger than they are. Fish can even remember certain attributes of individuals and modify their behavior accordingly, such as someone they might have lost in a fight or other fish who were less aggressive towards them.

Many people think fish are mindlessly swimming around as though they don’t have brain structures that allow them to experience pain. However, researchers are now concluding that fish have a complex nervous system, pain receptors, and potential consciousness.

Fish have neurons called nociceptors that can help them to detect harm. These can include:

Another tell-tale sign that fish feel pain is that fish produce opioids, the body’s natural painkiller. If you were to stick a goldfish in the gills, it would stimulate nociceptors and electrical activity in the brain. This surge is seen in the brain region responsible for conscious sensory perceptions, not just the region for reflexes and impulses.

Fish also display behaviors that indicate they feel pain. For example, researchers dropped colored legos into a tank with rainbow trout; the fish avoided the new objects. Once they injected a painful acetic acid into the fish and introduced the colored legos, the fish were more concerned with their own pain than the legos and only displayed defensive behavior. Researchers injected the rainbow trout in the lips with acetic acid during another study, and the fish displayed visible pain by rubbing their lips on rocks, rocking back and forth, and rapid breathing.

Fish may not experience the same pain as humans, although it is still pain. Sure, the pain level or the fish’s reaction to pain will vary according to species and brain composition, but most researchers agree that fish feel pain.

Do fish have brains? Yes, they do, and it is more complex than you may realize. Anatomically, they have a physical brain, but they also know how to use it.

Some fish have larger brains in proportion to their body size, and others have smaller ones. They know how to use their brains and show signs of mental life, such as their short and long-term memory, development of relationships, and how they respond to pain.

Fish might not be functioning or even capable of genius-level intelligence; they do perform simple tasks and can learn interesting behaviors that fish owners might enjoy. So, the next time you add a fish to your aquarium, teach it some tricks such as color recognition or responding to sounds or lights when it is meal time. It’ll be fun for everyone!