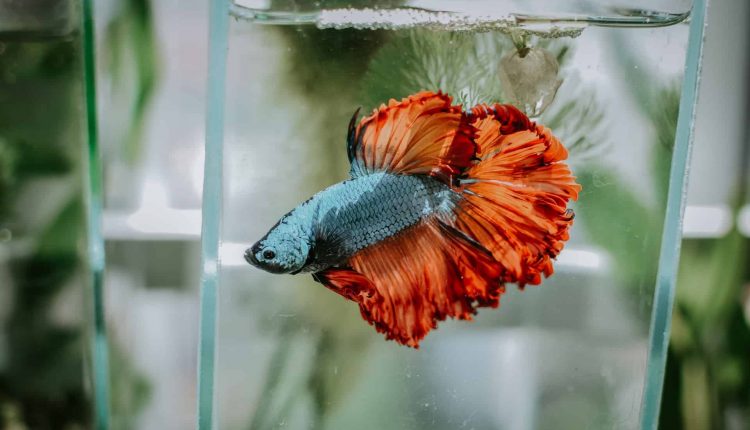 Do Betta Fish like their owner? In most cases,  yes, your Betta will most likely go on to recognize, bond with, and like you over time. But lets dive deeper into why that is.

These intelligent little creatures are a reflection of nature’s very own beauty and wonder. With their bright beautiful colors and their prominent fins, they are loved by many and are easily one of the most popular aquatic pets in the world.

It’s easy to fall in love with a creature with these many interesting characters and Betta owners often develop a kind of emotional bonding and attachment to their pet fish.

We’ve come to love and care so much for these lovely little creatures, but do they also like us in return?

A lot of people often ask whether Bettas seem to like their owners. Others aren’t even sure if the curious and playful little things even recognize their owners in the first place.

Perhaps it will be better to start by answering the latter question first. So, before we ask whether Bettas really like or don’t care about their owners, how about we discuss whether or not they even recognize who owns them?

So, to begin with;

Do Bettas even recognize their owners?

Bettas are small but still quite intelligent.

They have this ability to identify or recognize people and objects and make associations with patterns. Although the Betta fish’s brain does not have the same capability for feelings and emotions as most mammals’ brain, the fish can still feel and show their emotions.

Your Betta fish will get used to your presence over time. They are curious by nature and often try to interact with the environment outside their tank. Like goldfish, they are capable of recognizing whoever feeds them and are very much likely to get used to these people over time.

So, if you’re wondering whether your Betta will even recognize you as its owner, the answer is yes.

Most fish species and not just Betta will recognize their owner over time, especially if this person is the one feeding them most of the time. They’ll usually be excited when such persons come in front of their tank. This behavior is also common in goldfish, cichlids, etc.

Do Bettas love their owners? 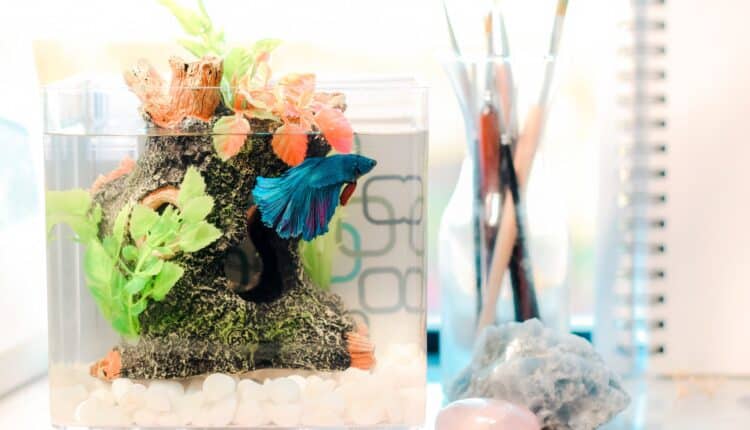 Now, that we know how Bettas are able to recognize their owners, do these little swimmers then go on to bond and love their owners? Most likely!

As tiny as Bettas tend to be, they are often much more intelligent than other common small species of fish that are normally kept as pets.

Although their mental capacity is still not as developed as those of most mammals, Bettas are still prone to and able to feel the emotions of fear, anger, pain. Although this may not be as it is with dogs or humans, these emotions are still there.

Bettas often associate their owners with food and are often excited when these owners come close to their tanks. We’ve heard and seen several cases of Bettas trying to swim towards the directions of their owners and some other similar cases. This wouldn’t have been possible if they haven’t formed a bond or connection with their owner.

You won’t expect your Betta to recognize you or show its affection in the same way a cat or dog would.

Still, these beautiful little creatures have been scientifically shown to have their own fish emotional intelligence.

Dr. Culum Brown, a professor in the Macquarie University’s Depart of Biological Sciences published his “Fish intelligence, sentience, and ethics” review in Animal Cognition, showing reliable evidence that fish; in their own ways have emotions.

The review showed that;

They can show pain-related behaviors and are capable of responding to changes in their living environment. This may seem unrelated but the ability to show emotions as well as the presence of excellent long-term memories means Bettas can easily recognize their owners over time. If they are able to recognize their owners, they’ll be able to associate with them.

So, now you know that a Betta is more than just another pretty fish in a tank.

If you treat your Betta with love and compassion, it will easily bond with you over time. But how do you go about doing this? Let’s find out some really valuable tips.

This is where your relationship with your new friend starts. We often tend to think Bettas do not like large spaces and are more comfortable in smaller tanks. This is not true. You’ll be better off with at least three gallons for your Betta, and it wouldn’t even mind if it gets up to ten.

You’ll need to heat the tank to anywhere between 76F and 80F. The water filter should also be one that won’t churn up the water as much because Bettas prefer their water still. You should also see to it that the water is kept clean and changed as at when due.

You want a happy Betta you can play with on most times. It is important that you see to it that your pet friend gets fed properly. Their diet is basically made up of fish pellets, bloodworms, and baby brine shrimps. Feed them just right and don’t give them the opportunity to overfeed.

Bettas are solitary creatures but that does not mean you should just put them away in some corners. They get bored easily and prefer to be where the action is. They like actions and movement regardless of whether they are directly involved in these.

You can also change their tank’s positioning on occasions. This change of scenery will keep the Betta engaged, his attention attracted, making him develop a kind of interest in your goings-on.

You have to name your pet friend to develop a bond with his personality. You can search the internet for Betta fish name ideas for this. It has been shown that Bettas are sensitive to vibrations in water which is caused by the sounds of humans. Perhaps you can trigger this response each time you walk up to him and call his name.

The Betta will also crave your attention. You can talk to him or her on occasions as this helps to enhance the bond.

A lot of people try to tap their fish tank hoping this will stimulate the Bettas. Studies have shown this to be bad as it kind of shocks the fish inside. It’s advisable to gently place your hand on the fish tank and slide around. The Betta may likely follow your finger as it slides around.

You can also give them toys to play with such as ping pong balls. Just be sure these are clean. They like to come to the surface and toys like this can offer them a great enjoyment during playtime.

Most animals can be trained with the promise of a reward such as a food treat. It’s the same with Bettas. You can train them to do certain things. These will also help them bond with you as well.

For instance, you can teach your Betta to eat from your fingers. This can be initiated by placing your digits gradually closer to the pellets you place for them to eat. Some Bettas even start to eat from their owner’s fingers later on.

You know by now that Bettas usually develop some kind of bond and connection with their owners over time. They are naturally curious creatures. If you own a Betta, you can expect him or her to grow used to your presence over time.

We’ve also discussed some ways to also help you bond with your Bettas too. By following these tips, your pet will find it easier to interact with you in its own unique “fish way”. Although the interaction may not be as complex as it will be with other larger pets, you can still expect to enjoy a worthwhile and happy relationship with your tiny friend.

You’ll have to bond with your Betta to make him or her like you. You’ll have to treat the pet like you would treat any other true friend. It will take considerable effort, time, patience, and care but at the end, your swimmer friend will end up liking you.