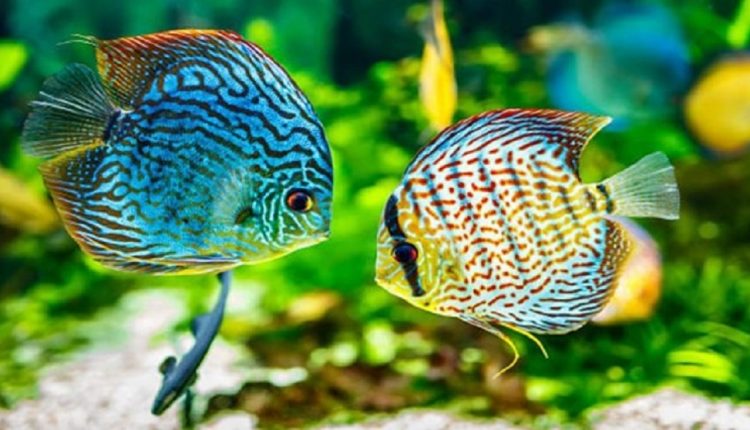 However, is this true in the case of fish too? Is it this easy for them to be in conversation with each other? Like us, fish can also communicate with each other and convey messages to the ones around them. They do so by using smell, sound, colouration, motion, electric impulses and bioluminescence. But how do they use all of these senses to convey messages to one another? Let’s find out.

You already know that sound has a slower travel speed than light, but it can travel further if the right conditions are set. Light can travel only a short distance, getting absorbed or scattered underwater. It gets even more difficult to see the light in areas deeper in the sea. It further limits the vision of many aquatic animals. On the other hand, sound can travel a greater distance underwater than. Very little noise is lost underwater. Therefore, strong echoes emitted by different aquatic animals are always present there.

Generally, fish uses three different sounds to communicate: crock, pop, and purr. Most of these sounds are inaudible and thus cannot be heard by human beings. Fish use these sounds during breeding, spawning and fighting for their protection. Fish are also smart enough to use sound to navigate from one place to another. And not only this, they use sounds to identify the presence of prey and predator as well.

For example, Pollimyrus Isidore and Petrocephalus ballayi make popping and hooting sounds with frequencies under 1 kHz during aggressive interactions with their predators. Oyster toadfish produce courtship calls to lure potential mates after building a suitable nest. On the other hand, Damselfish use these sounds when they want to protect their territories from predators. Whenever these fish sense any threat, they spontaneously start producing sounds.

How is the Sound Produced? 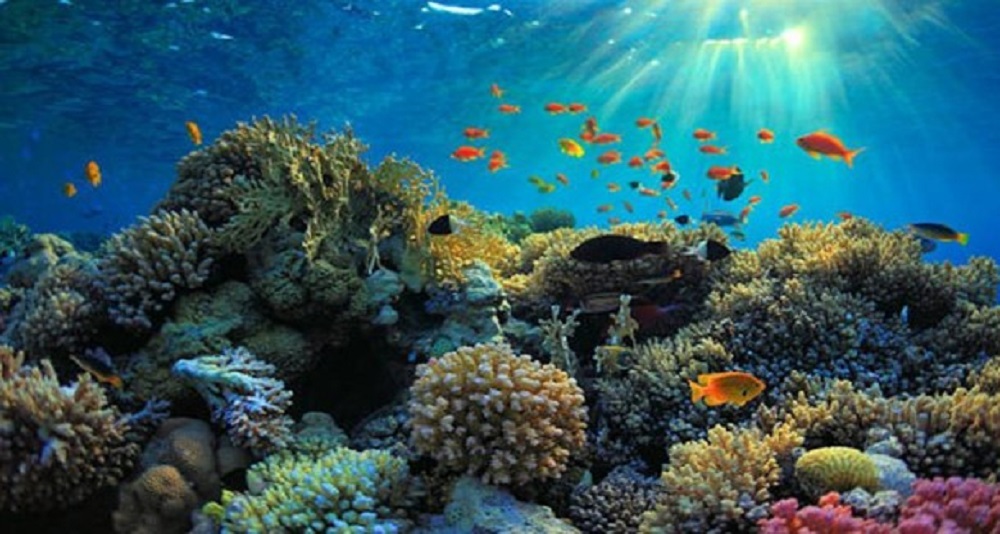 Usually, Many fish use their swim bladder to produce sound. The sonic muscles are attached to their swim bladder. These muscles contract and relax in many sequences. This vibrates the swim bladder, which then produces sound. Similarly, the sound is also produced when bony parts of the body, for example, bones and teeth, strike each other.

This, for sure, is one of the most advanced forms of communication in fish. Many fish are capable of darkening or brightening their skin colour. Some fish can glow and even change their whole colouration to mimic other types of fish. Those fish who are not excellent swimmers use bright colours to tell their neighbours to stay away. These fish use different colours to warn the aggressors who try to attack them.

For example, groupers alter their colours when they want to communicate with their potential mates that they are willing to spawn.

Many fish that live in depths of water use chemical reactions to generate light from their organs. As it is difficult to visualize anything in the depths of oceans, bioluminescence helps fish recognize and communicate with the other creatures who are hard to visualize. Many types of fish possess organs called photophores which they use to emit light that appears as lightning spots on their bodies.

Example: For example, photophores are present in the belly of the lantern fish. Some fish possess photophores on the sides of their bodies. They use these photophores to help identify different creatures and for interspecific communication.

Some fish possess electrical organs, enabling them to produce and send electrical impulses. They usually direct these impulses at their predators as a warning sign to stay away from them.

Example: Electrical eels are the best example of this form of communication in fish. They possess three electrically specialized organs.

Almost 80% of the electrical eels’ body comprises these organs. While the rest of the organs are tightly packed to each other. These organs create weak and strong electrical signals, which help them navigate, hunt, defend, and communicate. For communication purposes, they use low electrical signals generated in the form of short pulses.

In short, electrical eels can not only detect and identify these signals underwater but also gather information about neighbouring creatures around them. Using these signals, they can convey messages to one another. 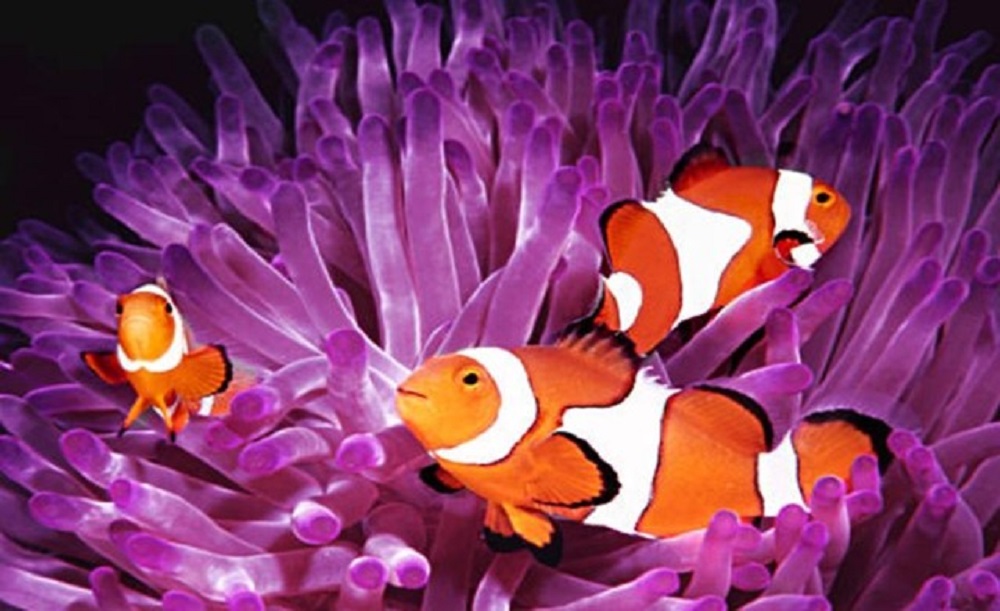 There is still a lot that we do not know about how fish convey their messages using scents. However, recent studies revealed that certain types of fish, for example, cichlids use their urine excretion as a medium to transmit chemical signals as a warning to their attackers during aggressive displays.

Example: Female zebrafish secrete pheromones that work as social and sexual signalling molecules. Male zebrafish use their sense of smell to swim towards their female mates, secreting such pheromones. 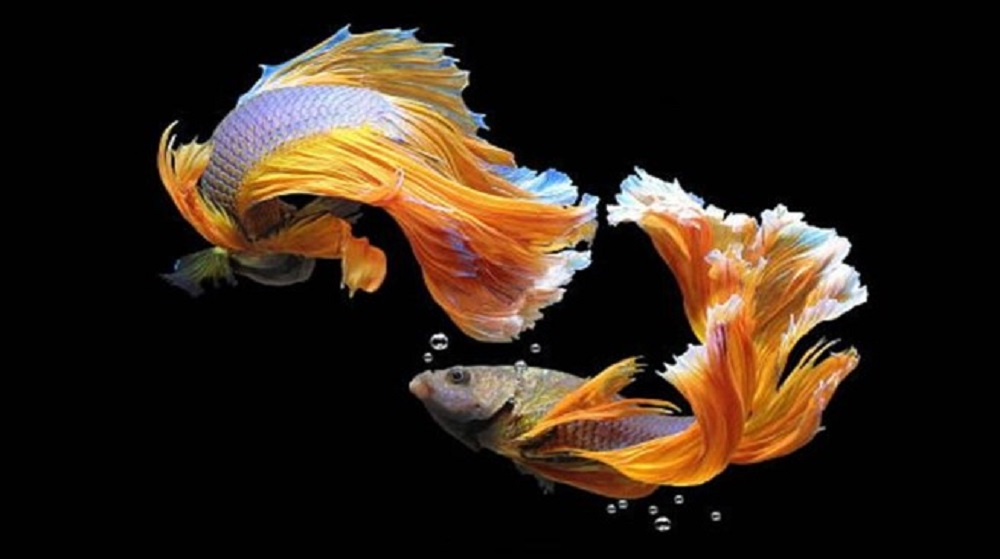 All of the fish we know do not use sound to communicate with each other, and rather, there are some which use movements or body language for this purpose.

Example: Some fish vibrate their swim bladders. This vibration produces a sound which ultimately functions as a source of communication among fish.

Fish have this natural ability to produce waves in the water with different characteristics. These waves are well understood by fellow members of the same species and other species as well.

Drumming their swim bladder, multiple to and fro movements, and changing hydrodynamics and speed are differently effective communication modes between fishes.

What is the Role of Chemicals in Communication Among Underwater Animals?

Chemical generated signals are a widely adapted mode of communication. These chemical signals come with as well as without a scent. As chemicals are useful for communication, we often call them ‘Info-chemicals’.

Commonly, there are two types of info-chemicals:

On the other hand, those info chemicals which are responsible for communication, as well as the connection between members of different species, are called Allelochemicals. For example, chemicals like alkaloids, tannins and ketones are secreted by many fish. They function as common mediators among members of the different species.

Why Do Fish Even Need to Communicate? 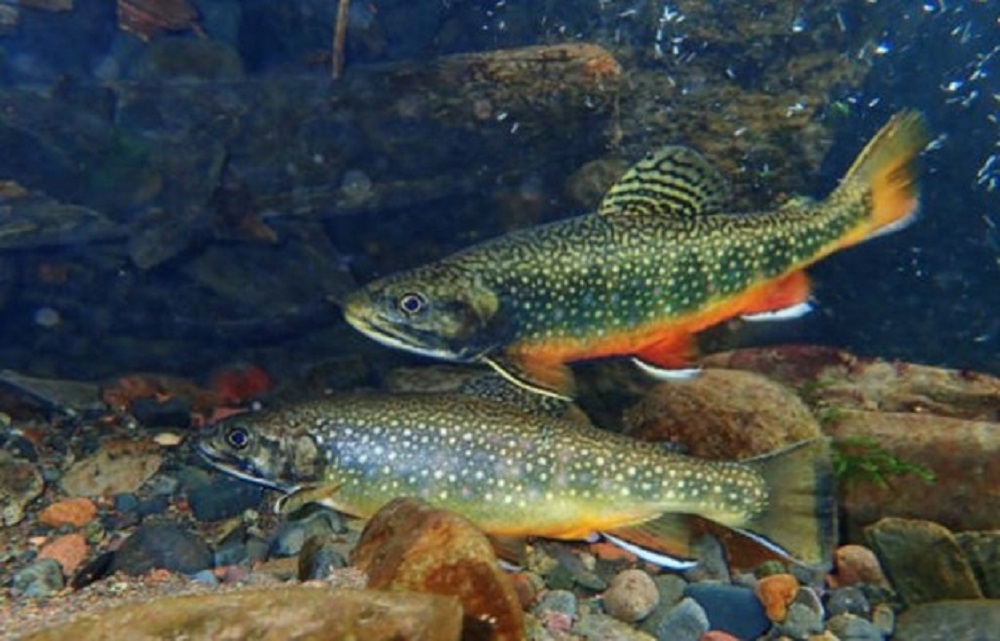 Like any other creature living on earth, fish also need to convey important messages, move around to different places in certain climates, call their partner, etc. Thus, communication is the main key to the survival of underwater animals, just as it is for human beings.

Many important needs of fish are met through efficient communication among them. Some of them are listed below:

All of the goals mentioned above require effective communication in fish.

Do Fish Communicate With Humans?

Among all the frequently asked queries about communications in fish, this is the most interesting one. The answer to this question is ‘Yes, they do’. Fish communicate with their owners, but they also recognize and remember them for a longer period. However, the mode of communication is not the same as we communicate using words.

They can respond to our gestures; whenever we add food to the aquarium, they move to the surface with the highest level of excitement is their way to communicate with human beings, express their feelings and be thankful.

They sum up the entire discussion to conclude that just like humans, fish also need to communicate and convey messages to one another. They do so in even more innovative ways by using their senses like sound production, smell, body movements, electrical impulses, colouration and bioluminescence. They use chemical generated signals, too, to transmit information from one place to another. Most developed of communication, till now, is thought to be communicating with the colours. Fish are capable of changing their shades and mimicking other types of fish. It helps them in getting protection against the attack of aggressor fish. Another interesting point to remember is that fish can communicate with humans. They communicate with their owners, recognize them and remember their faces for a longer time.

What Do Betta Fish Eat?