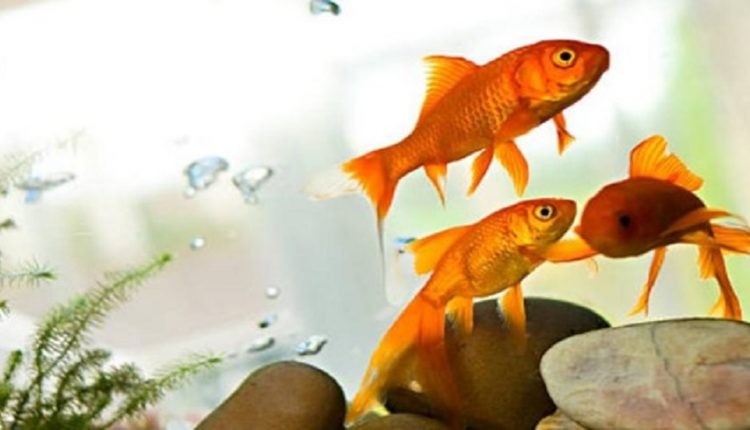 One of the most pleasing aspects of keeping any pet is the connection that comes into existence when a pet recognizes you. A dog, for example, recognizes its owner and treats the rest of the people differently.

But can fish also recognize us? The answer turns out to be ‘yes may be’. Do all the fish recognize us the same way? Are there any ways by which we can make them recognize us and have a strong bond with us? This article describes all that you need to know.

Can Fish Recognize Their Owner?

You may be pleasantly surprised to know that your pet recognizes you. The fishes have gotten the ability not only to see you but also to remember your face. Although fish possess a very simple and small brain structure, abilities like these seem to be impossible in fish, but they do have them. They can identify and remember patterns based on this, and we can say that fish are smarter than we can even think.

Every human face has got a nose, lips and two eyes. Humans recognize each other by memorizing even the subtle differences in their features.

But, the brain that a fish possesses is not that complex to remember, even these minute differences in the features or colouration. Despite this, it still records as well as remembers the patterns. Indeed, it is quite a big deal that these stunning underwater creatures not only see you but also remember your face.

Facts like these got established through experimentations and studies that revealed that fish could recognize their owner’s face and are able enough to differentiate two human faces.

The research was conducted by scientists from the United Kingdom, the University of Oxford, Australia, and Queensland. This research got published in the journal named “Scientific Reports”.

In this research, the scientists chose a fish called Archerfish. We did this study to see whether the chosen fish remembers and recognizes a human face or not. They used archerfish because it’s a sharpshooter and can hunt prey by releasing a jet of water from its mouth.

After training the Archerfish to recognize only one person, the researchers took the test, and the results were astonishing. Fish recognized the recognizable face, and the correctness was 81%.

When scientists made the two pictures similar by changing their colour, the Archerfish was able to recognize the face that was already familiar to them. And this time, the accuracy percentage came out to be 86%.

Many Fish Are Not Able To Recognize Their Owners

There is a serious lack of scientific studies and research on this matter. As there is plenty of anecdotal evidence, it can be difficult to differentiate facts from fiction until you happen to own a pet fish in question.

With this being said, many fish are, undoubtedly, smarter than others. Large predators like fish and Datnoids living in complex social hierarchies like Cichlids tend to be the most intelligent aquarium fish around.

Other fish, such as Livebearers, Tetras, Goldfish and Bettas, live in a way that they do not socialize much. While they can recognize people, you are fine outside of their social and mental map, except the one who provides them food.

Structure of A Fish Brain

To better understand the answer, let’s have a closer look at the structural anatomy of a fish’s brain.

Fish possess a brain in their anterior part. This brain is simpler than that of primates. Yet, fish have a central and peripheral system which works in coordination.

All the pet animals live with humans, like being touched and enjoying the company of those who own them. They love to bond with their owners as the pet makes them feel loved. But what do you wonder about a fish? Human beings and fish live in entirely different habitats. Do you think your pet fish will enjoy your petting or not? Let’s find out the answer.

Yes, some fish enjoy being petted.

There exist more than 33000 different species of fish. So, of course, not all of these species (for instance, sharks) like to be caressed and touched. Some types of fish, however, really love being petted. For example, groupers get happy whenever petted.

One of the best ways to observe this social behaviour in Betta fishes is to use a specialized aquarium mirror. Since Bettas are not good at higher self-recognition skills found in many mammals and birds, they treat their reflection as a challenger that they should attack. Fish enjoy being caressed gently. They even get used to being touched and petted and can, sometimes, come up to be petted.

But the pet you give a fish is just not like a pet that you usually give to your dog or a car. Petting a fish is pretty different, and we are sure you want to pet your fish in a way that you thoroughly enjoy it. Let’s find out how to put a fish so that it enjoys it.

How To Perfectly Pet A Fish?

It’s not that there are any hard and fast rules for petting. But there are some do’s and don’ts which you should consider if you want to make your pet happy with your touch.

Ways To Bond With Pet Fish 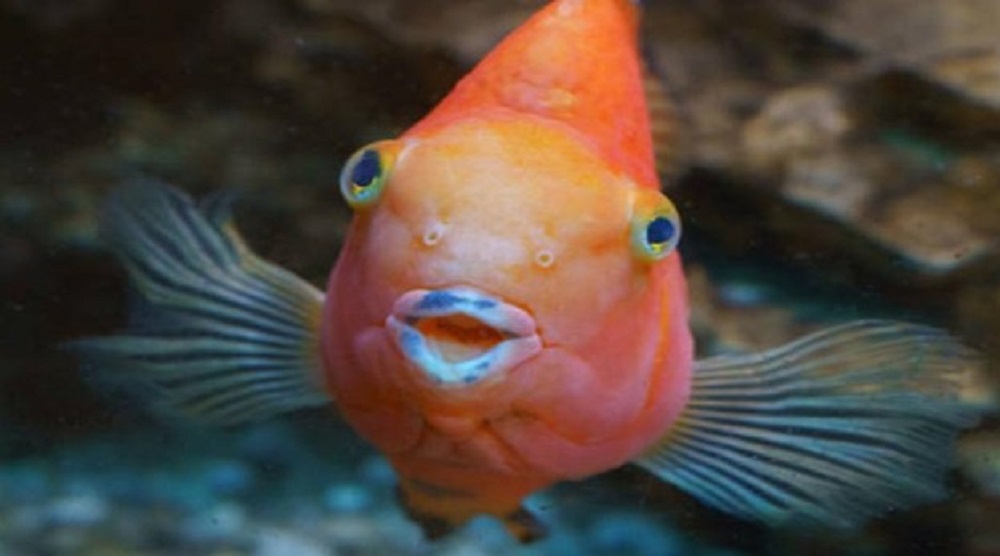 As fish recognize their owner, they bond with them. They feel comfortable whenever their owner is around. Although, this association and bonding are pretty different from that of the other pet animals. But believe it when we say that it’s worth it.

Do you want your beautiful pet fish to have a strong bond with you? If yes, you should know some of the loveable ways you can do so. You can build a bond with them in the ways mentioned below.

Offering to Fish Their Favorite food

At First, Fish always enjoy eating food. Offering them a few pellets of food whenever you visit the aquarium will be a perfect idea to bond with your pet. They’ll, for sure, be grateful to you for this generosity. That will make them remember your face. Fish will associate you with the food you provide them, and as much as they love food, they’ll love the one who is giving them all this.

Keep in mind that you should never overfeed your fish as it harms their health.

Being Playful With Them

Although it seems a bit unrealistic, fish like to play with you; play with the ball in front of your aquarium, and they’ll start jumping and swimming around. It is their way of telling you that they like it.

Sitting Near The Aquarium and Talk

Sometimes you can sit near your aquarium and talk to your pets. That will convey your voice signals to them, and they’ll remember you with your face and your voice. Exciting, right?

“When humans recognize a human face, it provides not only information about the identity of the person but also a whole host of other information, such as a person’s gender, age, health,” Newport said. “It is unlikely that the fish are gathering the same information. Instead, they are likely just learning this complex pattern-discrimination task.”

Isn’t it interesting that the stunningly beautiful fish you own as your pets can recognize you as their caring owner? The feeling itself is delightful. Many pieces of research and studies have revealed the fact that fish can see and remember human faces. They get particularly attached to the people who take care of them. Different ways to even bond with your beloved pet have been described in this article.

Best Rimless Aquariums in 2022: Reviews with…