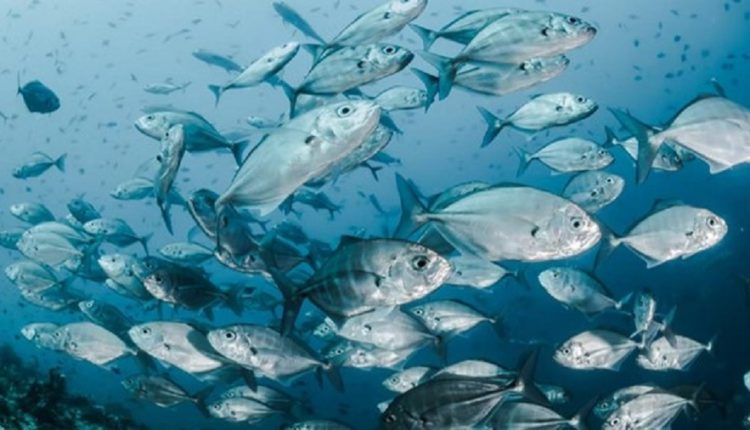 Our bodies and fishes’ (yes, you heard it right, fishes are also a grammatically correct plural form of fish) bodies also need a regular water intake. Without it, the chemical reactions taking place constantly in our bodies would have no solvent left and lead to our death.

Nonetheless, it seems silly that a creature already living underwater should have to drink. Can’t they just do it, I don’t know, directly absorb water or something? It is a point that most people are just super curious about. Do Fish need to intake water? If osmosis is the only way for this, how does it occur? Why is a proper water intake even necessary for the fish, and what if they have high levels of water and salts in their bodies? We have tried to answer these interesting yet important questions in the best possible way.

Human beings need water to survive. If we stop drinking it in the required amount, we are rightly expected to be dead in a few days. But what about aquatic animals like fish? Do these underwater creatures also need to guzzle H2O? Bizarrely, a straight and forward answer to this question pretty much depends on whether we are talking about the saltwater fish or the ones living in freshwater.

Depending upon where a fish lives, it either drinks a lot or pees a lot. In the sea environment, a fish’s body is less salty as it has less concentration of salts as compared to its surroundings, so it loses water across its skin and through its gills via a process called osmosis. To prevent themselves from suffering dehydration, aquatic animals like fish drink plenty of seawater and then produce a trickle of concentrated urine.

When migrating fish like salmon and trout move into lakes and rivers, they have to face the opposite problem and risk because of the absorption of too much water until, eventually, their cells begin to swell and burst. To avoid this, they have to switch from being heavy drinkers to plentiful urinators. Thus, they start urinating a lot.

How Does Osmosis Regulation Occur in Fish?

Fish intake water through osmosis. The water diffuses from a higher to a lower concentration during this process. Since if we observe it from a technical aspect, fish do not drink water. Rather, the water diffuses through their body from surrounding water in osmosis. In short, fish do not need to drink water like human beings. Their body structure, including their anatomy and physiology, is entirely different from human beings. They do not need to drink water like we do (8 glasses a day) to stay alive and survive.

However, during his research, Aquaculture Specialist William Wurts found fish need to drink salt water if they live in a salted body of water. Robert Kennedy of Rhode Island also confirms fish drinking salted water. When drinking the salt water, the fish replaces the lost fluids and gets rid of the excess salts in its body. Interestingly, these results found that fish who live in a freshwater environment have a higher concentration of salt in their bodies than those in the saltwater environment- who knew? You would assume that the saltwater fish would have a higher salt concentration since they swim in it constantly.

Why Do Fish Need A Proper Intake of Water and Salts?

Like every living thing, fish must maintain a level of salt in their bodies. They need it to function properly. Additionally, there is always water being flown throughout a fish’s body, balancing the level of salt. It makes sure that the salt concentration is equal to that in the surrounding body of water. The fish body needs to maintain a proper balance and not have too much or too little salt because it could die in both scenarios.

When the salt level gets low in a fish body, its kidneys start working excessively to make sure that the excess water leaves the body in the form of urine. The fish’s body is then put into override mode to ensure the fish can get back to normal condition and live a healthy life.

Do fish have a thirst reflex, or does their body automatically regulates the number of fluids it retains and uses for bodily functioning? The short answer to this interesting question will be ‘no’.

However, the long answer will be that you have to consider three different types of fish- you have got fish that live in the saltwater, then a fish that lives in freshwater and then those fish are also living in saltwater in oceans.

Fish living in freshwater do not drink at all. Their bodies absorb all the water they need through their gills. So, this is how their bodies are designed to work in a certain way. They do not get thirsty at all.

Marine fish are referred to as hypertonic to seawater. Thus, they essentially lose water via their gills to the seawater. The seawater has high levels of salt than their bodies do. They need to drink plenty of water to process the salt out to replenish that. But the point is, they constantly live in saltwater. They can easily drink water whenever they want. So, they never need to get thirsty because they can drink tiny amounts of water whenever and wherever they need it and keep themselves topped up.

Rays and sharks belong to a type of fish often called isotonic with saltwater. The water around them is exactly as salty as their bodies. Thus, all they need to do is balance the iron concentration in their blood. This happens through their gills and the rest of the porous membranes within their bodies.

What are the Types of Fish based on Water Intake?

Based on the need for water intake and how fish do so, we classify them into different types.

As mentioned above, freshwater fish never need to drink water because their bodies are saltier than the water surrounding them. Osmosis diffuses water into the fish’s body through its gills and skin, unlike saltwater fish, where the water gets drawn out of its body. If freshwater fish did drink this water, they would blow up like balloons.

On the other hand, ocean fish have to face the opposite problem. As they are always surrounded by saltwater, their bodies contain relatively lower salt levels than the ocean water. In such a case, osmosis causes the fish to constantly excrete out water to equalize salt levels inside and outside the fish.

Compared to freshwater and ocean fishes, saltwater fish are almost the complete opposite of both. They have this major difference because of the way their kidneys function. The liquid and water surrounding these fish are highly concentrated with salts and other dissolved minerals.

This means that the water within their bodies is consistently being ‘sucked out’ into the water surrounding them.

Summing up the entire article, whether fish drink water or not depends upon what environment they are living in. For example, if a fish lives in a freshwater environment, it will never need to drink water as its body is saltier than the water surrounding it. However, fish living in the ocean often get thirsty. They need a regular water intake to absorb salts and other dissolved minerals to carry out the normal functioning of their bodies.

Though it depends on where the fish live because drinking a lot of water is based on that fish pee. In the sea and oceans, a fish’s body is less salty than the fish or environment of its surroundings, so it reduces water through its skin and its gills via osmosis. So the best way to stop themselves from dehydrating marine fish is to drink masses of seawater and produce a trickle of concentrated urine.

Saltwater fish are the opposite when it comes to water intake. Their bodies constantly suck out the water from inside themselves to the outside, the water surrounding them.

I hope this article has helped you better understand the water requirements of fishes living in different habitats.

In the end, finishing the article with the quote of Zishaan Anwar from Newport UK:

“Fishes dont actually drink water, down through the mouth. But obviously they need water, like all living things need to live. They genearally absorb it through there skin (osmosis) same way hormones and nutrients are absorbed in to our blood. One fish “Nikpoh Lyrad” drinks the water in a chamber above the stomach and spits it out tremendous speed at enemy fishes.”