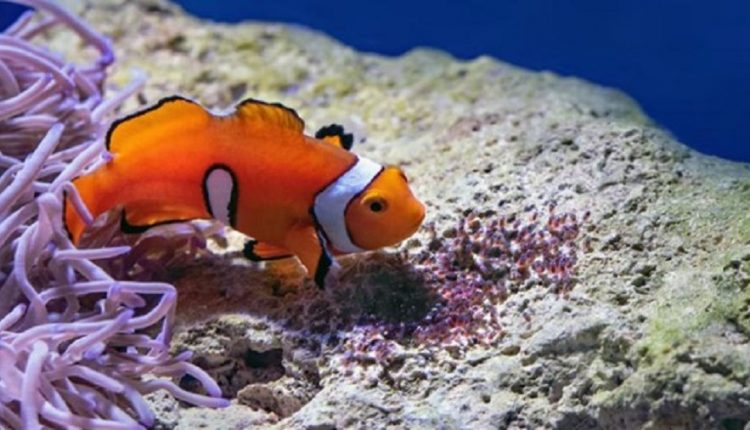 Once, people used to believe that Fish were nothing more than the streams of protein swimming in the rivers and oceans of the world. We believe that the nervous systems and brain structures that fish possess aren’t complex enough to experience pain the way that we do. Because of these well-known misconceptions, People treated Fish inhumanly, and they still are, especially when they are captured and carried to the industrial fishing industry.

However, the scientific evidence has been rejecting these misconceptions in recent decades. After making discoveries about complex nervous systems, pain receptors, and evolving notions of consciousness, people have started giving Fish a second thought about how they are being used, raised, captured, and killed.

Do Fish feel pain? Does it get painful for them when they are suffocated? Why are there misconceptions among people like Fish do not feel pain? We have answered all of these frequently asked questions to clarify your doubts.

According to biologist Victoria Braithwaite, there is as much evidence that fish feel pain and suffer as mammals and birds. They don’t audibly scream in a loud tone when they’re impaled on hooks or grimace when the hooks are ripped from their tiny mouths, but their behaviour gives evidence of their pain and suffering—if we want to look.

When Fish were exposed to irritating chemicals during a study, the animals behaved as any of us might. They lost their appetite,  gills started beating faster, and they rubbed the affected areas against the water tank’s side.

Do Fish Feel Pain During Suffocation? 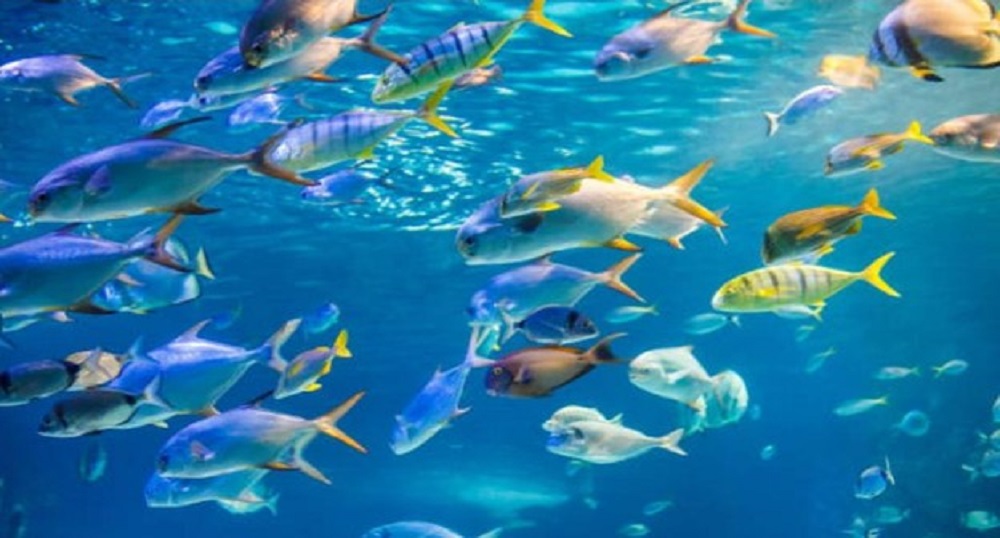 Out of the water, breathing becomes difficult. They start suffocating, which leads to death.

Just as drowning can be painful for human beings, this experience is most likely painful for aquatic animals like fish. Compounds like cortisol, which is a hormone associated with stress levels—can show a significant rise during periods when Fish is taken out of water. In some species, suffocation takes a very long duration. One of the researchers found that haddock and cod often remain conscious on fishing ships’ decks for almost a couple of hours or more.

This prolonged period of suffering worsens if a fish has already got injured somewhere, which is mostly the case, given the methods used by the commercial fishing industry. Within fisheries such as purse seining and trawling, huge numbers of fish are inhumanely crushed together as they are brought aboard processing vessels. For other fishing techniques like pole and line, the jaws, cheeks, lips, and other fish places are pierced with hooks. Large fish are even stabbed when brought on board in such places.

How Do Fish Differ From Humans in Terms of Pain Sensations?

Unlike us, Fish do not possess a specialized structure called the neocortex. This structure is the first indicator of doubt regarding the pain awareness in Fish. Furthermore, some nerve fibres in mammals (called c-nociceptors) are involved in the sensation of intense experiences of pain.

All primitive cartilaginous fish subject to the study, such as rays and sharks, showed a complete lack of these fibres and all bony Fish – which includes all common types of Fish such as trout and carp – very rarely possess them. In this regard, it is noticeable that Fish’s physiological prerequisites for a conscious experience of pain are hardly developed.

However, bony Fish certainly have some simple nociceptors, and they do, of course, show reactions to suffocation, injuries and the rest of the interventions. But it is not known until now if this is perceived as pain.

Do Fish Feel Pain When They Are Hooked? 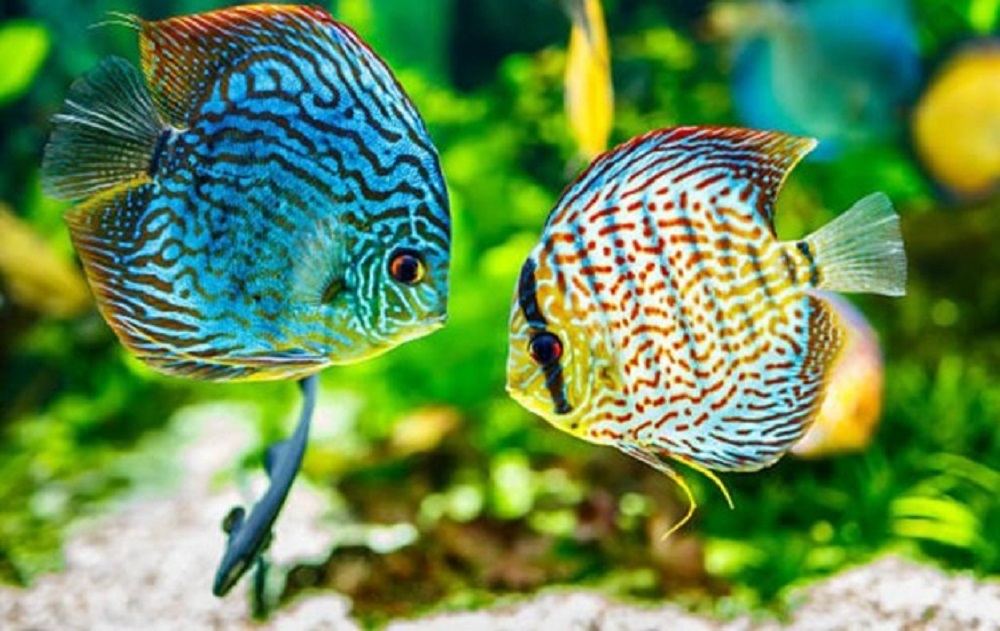 The squirming and wild wriggling that Fish do when they’re pulled from the water during catch-and-release fishing and hooked is not just an automatic reaction; rather, it’s a conscious response to the pain they feel when a hook pierces their jaws, lips or body. A study looked at the heads and faces of rainbow trout and found 22 receptors on the jaws, lips and around the eyes that are possibly associated with pain sensations.

In another research, researchers injected an acidic substance into Fish’s lips. The Fish decreased social activities, started swimming slower, rubbed their lips against the glass walls of the tank they were kept in or in the sand along the bottom and delayed eating. These and the other similar experiments they made, as inhumane as they may seem, help dispel the notion that sport fishing is a harmless pastime.

Why Do People Think That Fish Do Not Feel Pain?

Do you remember the last time you paid a  visit to the doctor for pain-related issues? A question which physician might have asked: “On a scale of one to ten, the rate that how bad does it hurt you?” Since the beginning of modern medicine, this basic assessment of pain has not been updated because it simply cannot be. Pain is a subjective and emotional experience that most people find hard to quantify, leading to biases throughout the medical system, including gender and racial biases.

Because Fish cannot answer a physician’s questions—or put another way, because humans cannot talk to Fish—these animals are also not able to share with us whether or not they are experiencing any pain. This inability to have a conversation and understand each other grounds the disbelief in fish pain and animal pain more broadly.

What Are The pieces of evidence That Fish Feel Pain?

Pain is presented in two forms: emotional and physical. While not usually accepted by the public (although the scientific community has almost agreed on this subject), there is rising evidence that Fish can experience psychological pain increasing from physical injury and emotional states.

Once, scientists had a belief that only “higher-order” animals such as humans and some particular species like dolphins could feel emotional pain. They pointed to the presence of the neocortex, which is a part of the brain associated with pain sensations, as proof. Recently, the emotional pain has also been documented in many animals, including fish and those lacking a neocortex).

The nervous system comprises a complex network of nerves found throughout the body, neurons that deliver signals to nerves and transmitter cells. This system consists of two parts: central, located in the spinal cord and brain, and peripheral, located in the rest of the body parts. Together, both systems work to generate responses to all stimuli, including pain. Fish have both of these systems.

Pain receptor neurons, called nociceptors, are sensitive to stimulation in both Fish and humans. Nociceptors generate automatic responses to pain. Nociceptors are distributed throughout the bodies of certain fish types, with high concentrations around the nostrils, fins, eyes and tail.

Think again of the stimulus of touching a hot object. Our hand automatically withdraws itself as nociceptors sense the burn. But it happens only when neural signals travel along nerves into the brain that pain is consciously registered. This process is the same in Fish and the rest of the invertebrates.

As in all invertebrates, the central nervous system of Fish is composed of the brain and spinal cord. Signals from the peripheral nervous system are delivered there. Conscious processing of painful stimulation in the brain triggers the opioid system and other protective responses.

Why Is It Necessary for the World To Acknowledge Fish Pain?

Large commercial trawlers depend on very painful ways to kill fish. Depending on the species and size of fish, it can take several minutes for this aquatic animal to die. These painful ways are responsible for killing tons of fish every year. Fish do not have a swift death. Now, if the world acknowledges fish pain, it might be possible for weekend anglers and fish farms to change their ways of killing fish. They might adopt new methods of fish slaughter. Or maybe they replace their equipment to kill these beautiful aquatic creatures humanely.

For years, people had this misconception that Fish cannot feel sensations. This led to most of the people keeping inhumane behaviour with them. They are hooked, suffocated and even stabbed in commercial fishing industries when taken on the board. Mostly, research has been conducted, which came up with results that, like humans, Fish also feel pain while being pulled from the water during catch-and-release fishing and hooked.

Although Fish also feel pain, their inability to have a conversation and understand each other grounds the disbelief in fish pain and animal pain more broadly.

What do Snapping Turtles Eat?