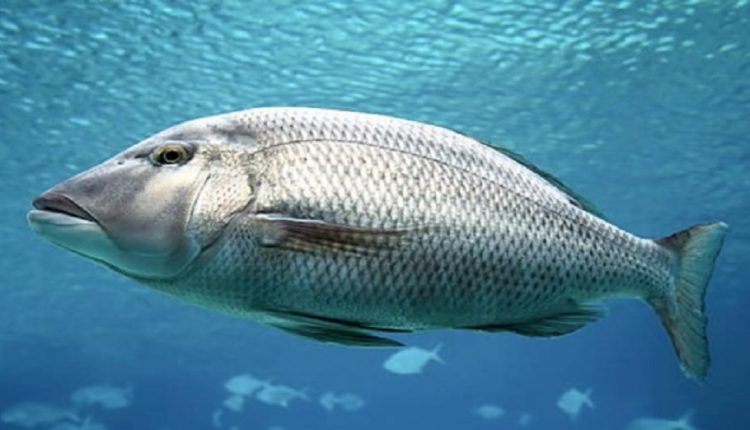 Do you remember the last time you watched your favourite show, released every weekend? Wasn’t it so much full of fun? You enjoyed every bit of it and did not miss even a single second of your favourite TV streaming. How was it so handy for you to enjoy that show? Because you could hear it with your ears.

Human beings hear different types of sounds by detecting, localizing and interpreting vibrations of sound. Their brain and ear are the vital organs that help them do so. Have you ever wondered how do aquatic animals manage to hear these sounds? Do Fish have an ear? This question is often asked as people find it interesting how fish hear when they do not have an ear?

Do they have an ear? If yes, how do they use them to hear? What are the factors which affect their hearing abilities? This article answers all your questions. Whether you are an expert or a beginner fish–keeper, this article has covered you by answering your queries about the fish ear. 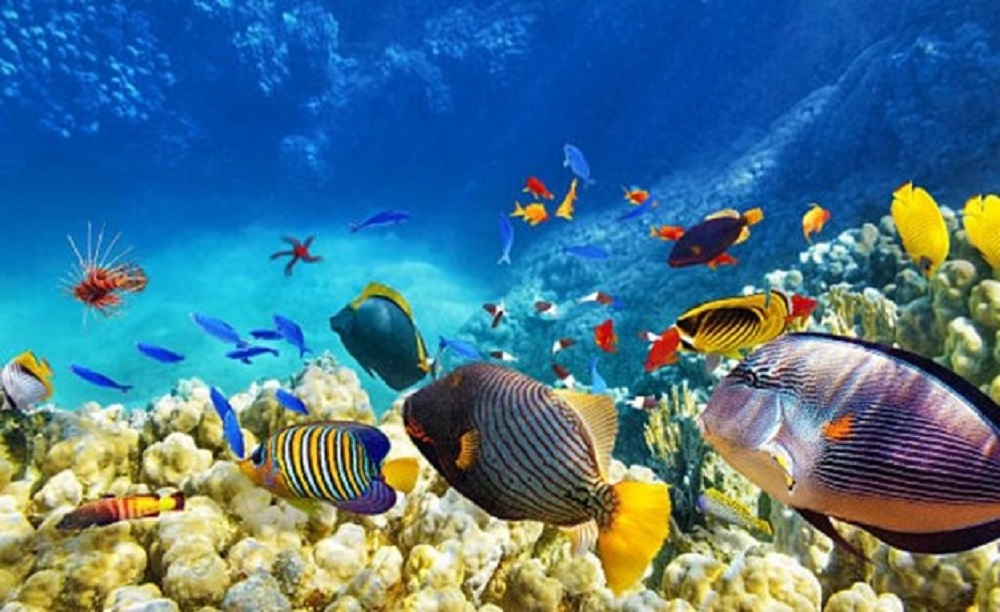 Fish can hear. It seems like they do not possess ears, but it is so because their ears are on inside. Many fishes have a bony structure called ‘otoliths’ inside their ear. These ear stones help bony fish detect vibrations. Both fish and human beings use their ear to help them in balance maintenance.

This connection is impossible in cartilaginous fish, which lack a swim bladder. Instead of a swim bladder, they possess ducts filled with endolymph fluid, which connects their sacculus and the external environment. This fluid-filled duct has a passage through an area usually known as the parietal fossa of the fish. This parietal fossa has a skinny covering layer, which acts as an eardrum in these fish.

The ear of a shark fish also possesses another structure called Macula Neglecta. Scientists and researchers do not know the exact function of this particular structure till now. However, it is assumed that this structure may play a part in responding well to the movements in lymph fluid, which are created by sound waves coming in contact with the skin layer covering the parietal fossa.

Can Fish Hear? If Yes, How Do They Do So?

Yes, fish can hear with their inner ear (which we have already explained in the above section). Although their ear is pretty similar to ours in their basic functionality, they lack the middle ear with its Eustachian tube and pina (commonly known as an earlobe).

What Are The Hearing Ranges in Fish? 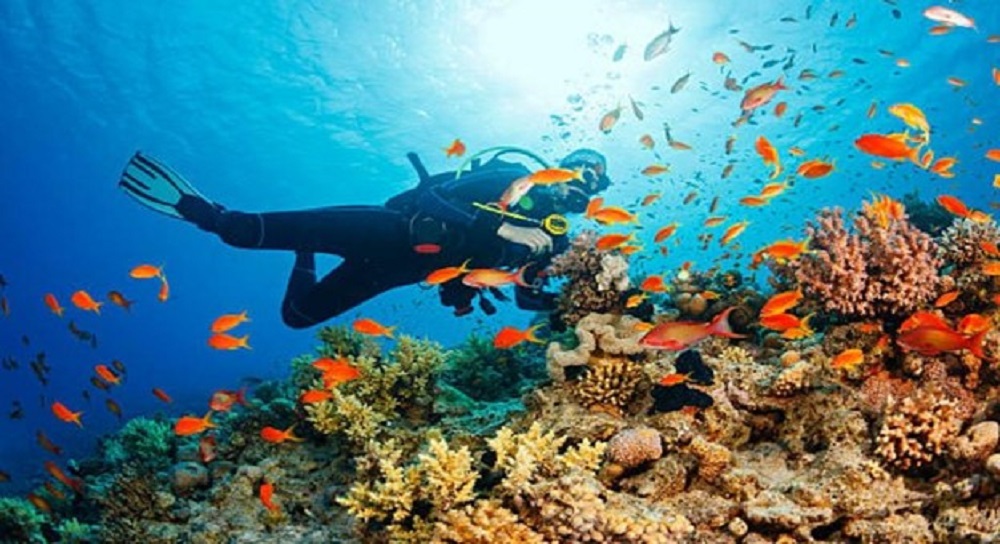 Fish are capable of hearing a wide range of sounds. However, their audible range varies from one species to another. We have collected extensive data from many research and studies on fish hearing ability, which shows this noticeable variability in the hearing abilities of the fish world. The collected data has been presented in a tabular form for your convenience.

In short, fluid movement causes the scapulae of the fish to move. When scapulae move, they press against fish’s sensitive hairs. As a result, electric impulses are sent to the fish’s brain.

It is interesting to note that the shape of the otoliths greatly differs in almost all species of bony fish. Often, scientists can even identify the species of a fish by just looking at its otoliths.

Why Do Fish Create Sounds?

Fish create sounds for several different reasons. Some of them are mentioned below.

How Can Fish Use Their Hearing Ability For Their Survival? 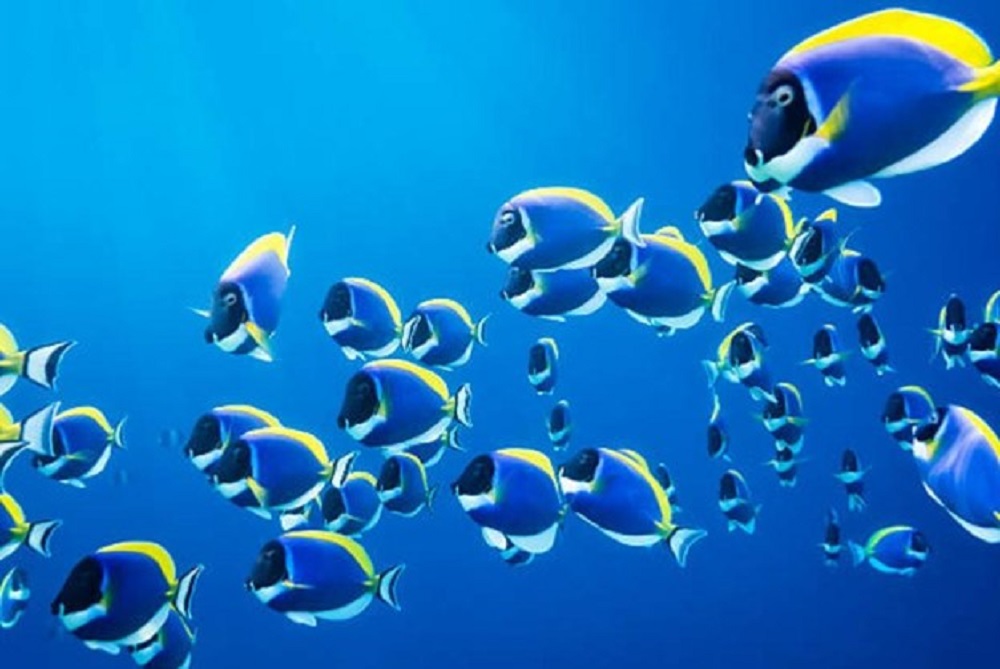 Hearing ability plays a vital role in the survival of fish. Most fish use this sense for a wide range of different purposes.

Some of the common reasons are mentioned below:

Here are some examples of fish that use their hearing abilities in really interesting ways:

Can Fish Hear Us Talk?

If you have an aquarium in your house, you may be wondering, can your pet fish hear you after reading this blog? Yes, some of them can hear you, but they are not capable of understanding your language and whatever you are talking about.

There is a possibility that some fish species may not be able to hear you. As mentioned above, the audible range of sounds varies from one fish species to another. Typically, their audible frequency is somewhere between 800-1000Hz. Whereas the frequency of voice speech of a human male ranges from 85 to 185 Hz, and that of a typical female adult is somewhere between 165 to 255 Hz.

This is why fish can easily detect the sound created by human beings.

How Do Fish Use Sound?

A perfect example of fish using sounds is their attempt to attract and find potential mates. Male midshipman fish sings to attract female mates. It attracts female fish to come from afar and release their eggs somewhere in the Male nest. This is how fish use sounds during reproduction.

A significant number of studies suggest that the reason behind this response by a female is a higher level of estrogen. This increased estrogen strengthens the female’s ability to hear the mating songs of the males.

One thing clear from the discussion we just had is that fish is a unique and versatile creation of nature. Almost all the species vary from one another not only in their physical structures but their functionality as well. For example, otoliths are a part of fish’s inner ear which helps them detect, localize and interpret different types of sounds. However, only bony fish possess these hearing specialized structures, while other types of fish do not have it. This creates a beautiful versatility among different species of fish.

Fish can hear, but their hearing sense and audible range are different for every species. Each species has its special audible frequency in which a sound is understandable for them. Fish use their hearing sense for several different reasons. They use different sounds to stay together and form a shoal during the night and their spawning phase. Moreover, their hearing sense helps them communicate and attract their partners when they want to mate with them. Sound making ability helps fish during their migrating phase by navigating and orienting.