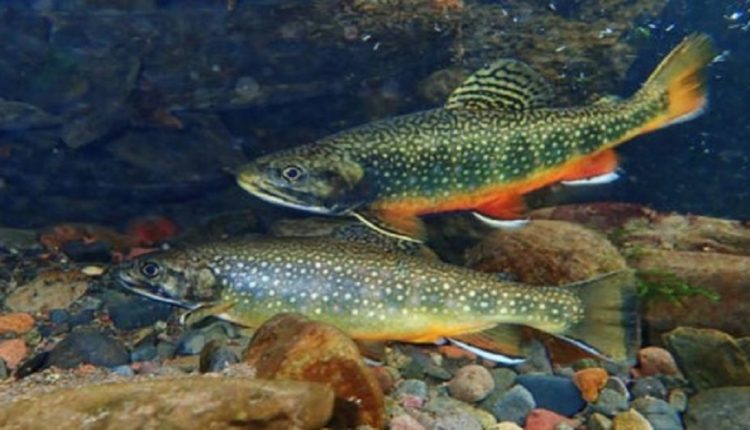 Most animals need to have a proper rest or sleep to rejuvenate their bodies, “recharge their batteries,” and process the information from the day they had. You can easily guess when most animals are asleep; they lie down, close their eyes, and do not show any response to gentle stimuli. Scientists, after many studies, came up with the conclusion that a part of the brain, called the neocortex, is shut down when a mammal sleeps.

The problem with fish is that they don’t possess a neocortex, nor do they have eyelids that can tell us if they are asleep or not. This raises the question ‘Do fish also sleep just like humans do?”. And if they do, how, when, and where do they do this, and how can we tell if they are sleeping or not?

Researchers have concluded that although fish do not sleep in the conventional ways we know, most species go into a state of rest. They remain still and show reduced metabolic rates, breathing, and lower brain activity.

How Do We Know That A Fish is Asleep?

Those people who have fish tanks at home already know that whenever they turn the lights off at night, their pet fish seems to become far less active than during day hours. Whenever a fish is asleep, it shows slow activity, remains still and presents with reduced breathing. You can even pick up a sleeping fish easily in your hands. Recent research at Stanford University showed that a type of fish called Zebra Danios sleeps pretty much as we all do. Using state-of-the-art technology, It monitored brain and body activity in the fish. Scientists identified paradoxical (baritone) and slow-wave) sleep, just like birds, mammals, and reptiles.

The only difference was that during their paradoxical sleep, fish did not show Rapid Eye Movement (REM) like humans and the rest of the animals. Of course, they cannot close their eyes because their bodies lack eyelids.

While most the fish remain still while they are asleep, some species of sharks keep on moving, even while at rest, to provide proper ventilation to their gills. On an exciting note, Wrasses and some species of marine Parrotfish surround themselves with a mucus cocoon during their sleep. Scientists believe this slimy “sleeping bag” helps protect them from attackers or even parasites.

Where Do Fish Sleep? 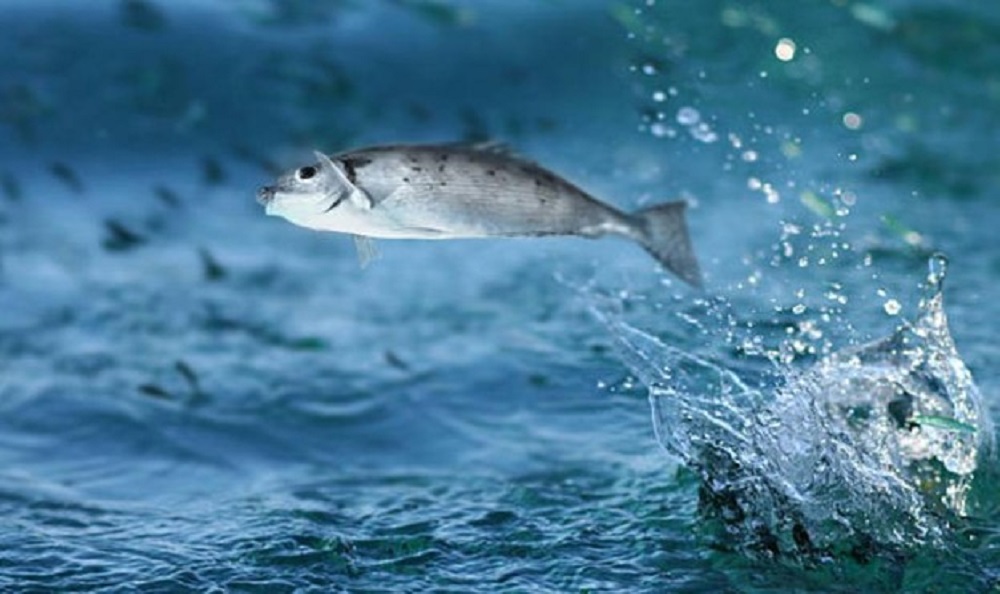 At what place a fish chooses to have a nap depends on the species it belongs from. Some bury themselves in the sand, some hide under grottos or in caves, some lay on the bottom, and some nestle into driftwood, plants, corals, or other objects and hang there. During this, they occasionally flick their fin to help them stay balanced.

Some scientists have researched fish sleep cycle in-depth that live in caves or other areas where it is always dark. Even in some of these fish species, there are times of low activity that appear as if they are asleep. Of course, there is no sunset or sunrise in the caves, so their rhythm is often different from those of fish that live on a surface in bright sunshine.

Seeing a fish laying on the bottom or apparently “stuck” in an ornament or hollow log panics any aquarium keeper, but many aquarium fish do this when they’re asleep. So, there is nothing to worry about as your pet is just having a “power nap.”

When Do Fish Sleep?

Scientists think that most fish follow a proper schedule for sleep as humans do. Most fish in the aquarium are diurnal. It means that they carry on their moving activities during the daytime and rest during nighttime. However, some species have nocturnal nature, which means they spend their day napping in either crevice or a cave and prowl at night.

Scientists believe that there exist types of fish that don’t sleep when they have given birth to their young, and it is the time to take care of the newborn. Researchers have also found that some fish, for example, Tilapia, don’t start sleeping until they get at least 5 to 6 months old.

Moreover, wild fish do not sleep at a time when they are migrating. (It’s safe to say that aquarium fish can migrate until you move the shift tank to a new house or even another room). Finally, studies suggested that blind cavefish do not sleep. A possible reason for this can be that they are constantly in a dark place. Thus, they have no idea if it is day or night.

How Do I Know That My Fish is Asleep? 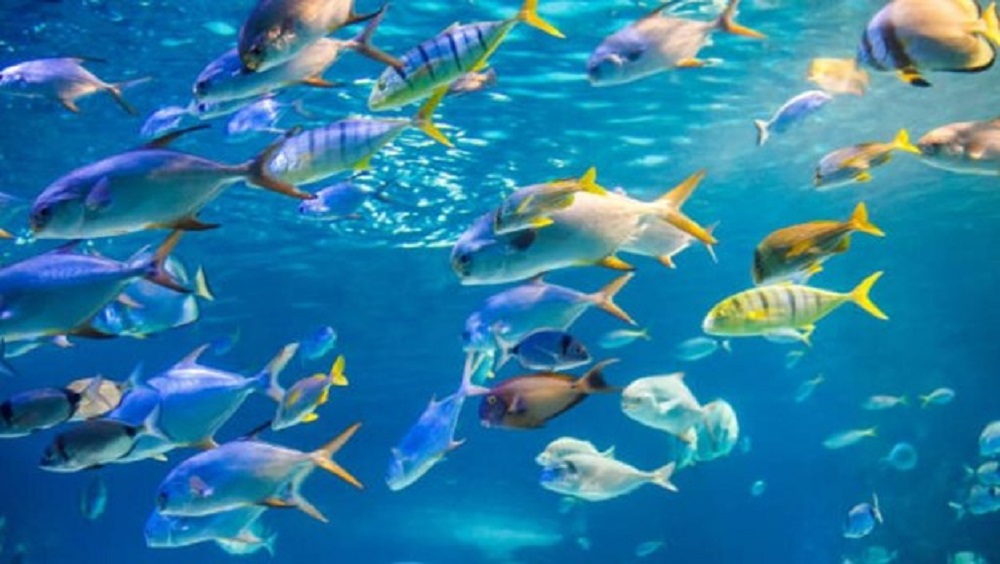 Many people still get confused about the signs showing that their fish is asleep. If you are also one of them, we have covered you by coming up with a list of characters that help you do so.

Scientists have not done made research on fish slumber. However, the studies made on Zebra Danios showed some fascinating results. Scientists deprived them of sleep using mild electric current; when they returned to their normal day\night cycle, they slept more than they usually did without being disturbed.

However, when scientists made an experiment of keeping them under exposure to constant light for several days, they showed a normal sleep when returned to a regular day/night cycle. Researchers and scientists conclude that light might inhibit the sleep-promoting hormone melatonin in Zebra Danios type of fish. But as we are not sure till now, much more research is needed in this area.

Do many people wonder if fish also dream as we do? So far, we are not sure about the answer if they do or not? However, recent studies on sleeping octopus revealed that it changes during sleep, which means that it may have been dreaming about hiding itself from an aggressor or attacking its prey (these are why octopuses change color when they’re awake).

Believe it or not, fish’s state of rest or sleep is being studied to help us better understand sleep in people. Most of these studies use fish like zebrafish and try to understand things like the effects of insomnia (trouble getting in sleeping), sleep deprivation (lack of proper sleep), and circadian rhythm (sleep cycles).

How Should I Make Sure My Pet Fish Get Enough Sleep?

Nearly all the animals sleep. It is essential to refresh their bodies and minds.

The easiest way to make sure that your cute little pet fish is sleeping enough is to put your aquarium light on a timer and, thus, give them a consistent day and night routine. You should provide plenty of cover in your tank so all your pet fish get a place to feel safe while being at rest.

If you have kept an aquarium in your child’s bedroom as a night light, turn off the light during the day hours. Another way that will be helpful is to keep the curtains drawn so that your pet fish think it is nighttime.

Like all other animals, fish also need to sleep regularly to stay healthy and live long happy lives!

Usually, several species of fish can flip their pattern of sleep if the need arrives. For example, as landmark research in the Canadian Journal of Zoology found, white sucker fish can become nocturnal when separated from their school. Why? Although it’s too terrible to swim by day alone, they are much less likely to be hunted by predators at night patio wish.

Summing this fascinating discussion in conclusion, like us human beings, fish also need to have a rest time where they can sleep after all the hectic swimming routine. But how do they sleep when we cannot see any eyelid structure on their bodies? One self-evident thing is that they sleep. But how do we guess if they are asleep, it varies from one species to another. Some of them show reduced breathing activity, slow swimming, and remaining still as a sign of their sleep. They sleep almost like all of us.

However, there is a difference that they do not exhibit Rapid Eye Movements like we do because they lack eyelids. Sometimes the sand, caves, caverns, corals, plants, and driftwood-site where a fish sleeps varies according to its type. Most fish in the aquarium are daily, meaning they carry on their moving activities during the daytime and rest during the nighttime.

You can easily make sure that your pet fish is getting enough sleep by turning the aquarium lights off and drawing the curtains down so that the fish considers it nighttime and gets to sleep early. So, these are some of the methods by which you will get to know How to do fish sleep.

How Do Fish Reproduce? Shocking Facts You Must Know

Is a Fish A Reptile? Yes or No?

How to Cycle a Fish Tank the Right Way