Is a Fish A Reptile? Yes or No? 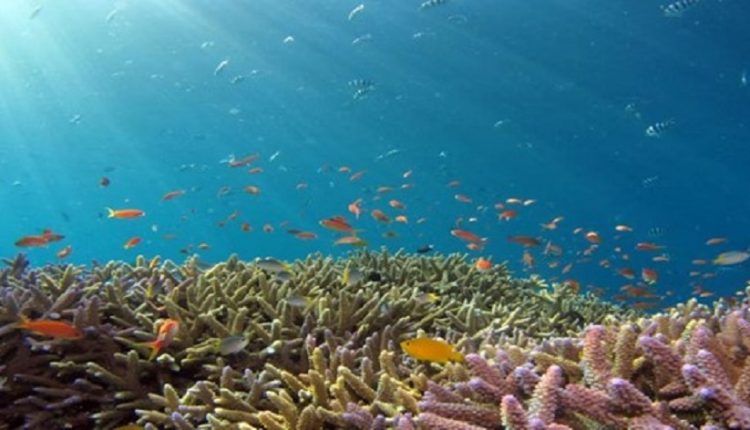 Have you ever wondered, is fish a reptile? Well, owing to the striking similarities and differences between reptiles and fish, it’s obvious to come up with this thought. Though all fish and most reptiles prefer to stay in the water, both are cold-blooded by nature, and their behavior has striking differences.

Is a fish a reptile? The quick answer to this most inquired question would be “No.” Fish are vertebrates possessing a more scaly and boney structure. They have gills and a two-chambered heart, which help them thrive and live underwater. In contrast, reptiles are vertebrates, but they have lungs and a heart with three chambers.

Why Are Fish Not Reptiles? The Detailed Explanation!

As we have already said, fish are not reptiles; instead, they belong to a different class of vertebrates. However, these aquatic creatures do have certain similarities with reptiles. But what are the features that make them have such similarities?

Fish are the foremost and common ancestors of all reptiles, amphibians, and mammals. The origin of these aquatic animals dates back to 500 million years ago. In contrast, snakes made their first appearance in this world around 200 million years after the fish came into existence. Amphibians made an appearance somewhere in between these eras.

Although separated by millions of years in evolutionary history, most reptiles and fish are vertebrates sharing a number of the same traits, including the presence of scales and vertebral columns and ectothermic metabolisms. However, as both groups are pretty speciose, numerous exceptions are there.

Which traits make aquatic animals like fish and reptiles similar enough? It is their cold-bloodedness nature. Most fish and snakes are cold-blooded, which means they are not able enough to regulate their internal body heat with the varying temperature of the environment they live in.

Fish’s body temperature seems to get adjusted according to their environment. Hence, instead of being termed as only cold-blooded, they are also called poikilothermic. But almost all of the reptiles have cold-blooded, not poikilothermic. Also, they cannot breathe underwater, unlike fish. It becomes complicated for snakes to move during the winter season.

Besides, both of these creatures mostly have a bony and scaly skin type. Also, their reproduction occurs through the production and laying of eggs.

However, in both cases, we see some exceptions. 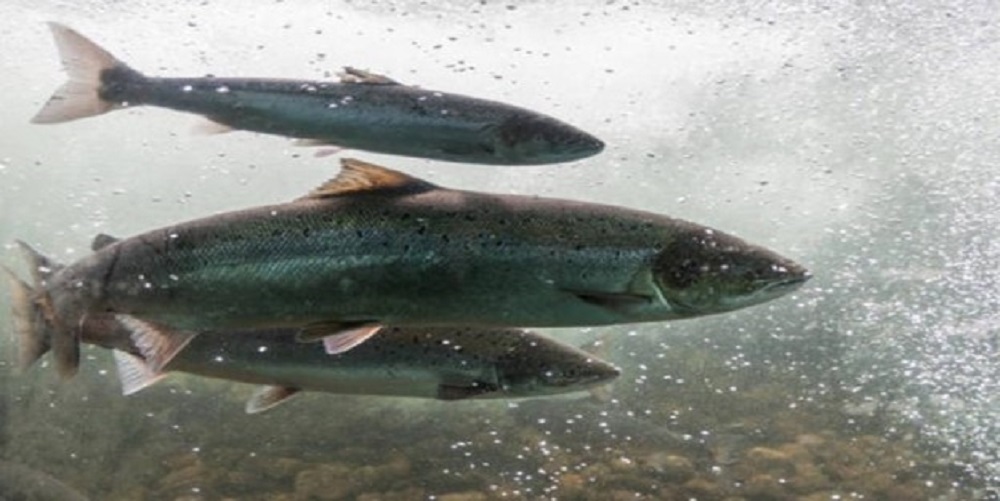 Both fish and reptiles prefer to hunt for fresh prey and eat dead plants and animals. The majority of snakes like to eat omnivores, which means they have a diet made up of meat and plants. Reptiles can swallow small or large animals whole, often without chewing their food. Fish, on the other hand, have a varied diet. What they eat depends on the species, but like reptiles, many fish are omnivorous and eat smaller fish, plants, and insects. Most fish do not have teeth, and they swallow their food whole, just like reptiles do.

The majority of fish and reptiles reproduce by producing and laying eggs, while some species of both groups give birth to their live young. Both the fish and reptiles mainly reproduce by laying eggs, and they are often different in their appearance and texture. Often, eggs laid by reptiles are leathery and hard. However, fish eggs are smaller compared to the ones applied by snakes. Their eggs are transparent in appearance and soft in texture.

We see no maternal instincts in both reptiles and fish, meaning they do not care for their babies once they are born or hatched.

A fish is distinguished from reptiles because of the gills on its body. Fish takes these gills into use so that they can breathe underwater. The water passes through these gills on their bodies. This water helps them in extracting oxygen for their lives. On the other hand, we already know that reptiles do not have gills. Instead, they possess lungs just like us human beings. Their ribs are capable of consistent expansion and contraction.

It enables their lungs to own more capacity than that of the amphibians. Sometimes, reptiles can be found in ponds and other water bodies. But the bodies they have got are not capable of helping them breathe under the water.

Fish and reptiles do not belong to the same group of origin. Fish are known to belong to the Gnathostomata class. They are a member of the subphylum group of Vertebrata and a superclass of Chordata. These vertebrates possess a structured jaw, and they have their habitat in water.

On the other hand, reptiles belong to the Reptilian class (as clear from the name, too). The course includes many species like lizards, snakes, turtles, etc. They have an epidermal gland in their bodies.

When it comes to body structures like limbs, fish do not have many prominent ones (as we can see this on their bodies). They have a more flattened and shallow kind of structure, which helps them navigate through the water.

On the other hand, what we see in the case of reptiles is that they possess improved limbs on their bodies. Their limbs are also called pentadactyl limbs, which help them crawl and burrow the ground. They crawl and burrow themselves in the background for more protection purposes.

4. Structure of the skin

Reptiles possess scaly skin. They are usually different from each other from one species to another. Their skin is also very thick, watertight, dry, and rough.

Fish, however, possess a more scaly and bony structure on their skin. Also, some fish types lack scales. 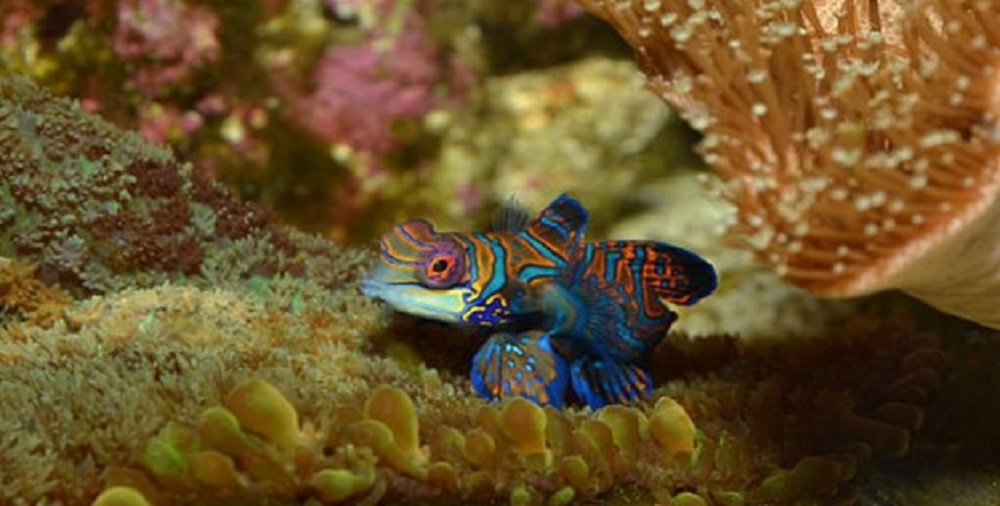 Based on the similarities and differences, we listed different aquatic animals to differentiate them as fish or reptiles.

Is an eel a reptile?

This question often arises in our minds that an eel must be a reptile, as its shape looks more like a snake. But is this so? The answer to this frequently asked question would be no. The eel is a fish whose bodies are more like a teleost. They do possess ray fins or bones. But the embryo of an eel is not seen to have any amniotic sac.

What does not make it a reptile is its absence of lungs? They respire through aerated water with the help of their gills, which are always covered by their bone-based scales. Hence, the eel is not a reptile without even a shadow of a doubt.

Does Starfish belong to the Reptiles group?

Though Starfish have the word “fish” in their name, they do not come up with the true definition of a fish. Then, what kind of species are they? Reptiles? No! They are not reptiles at all, nor are the members of the Amphibians group.

It is an exciting fact that Starfish is an echinoderm. “Echino” means “spiny” and “prickly” On the other hand, by “derm,” we mean skin. Hence, Starfish is a well-known member of the phylum Echinodermata, making them possess a more spiny skin.

Is a jellyfish a fish or reptile?

Well, we can say that jellyfish are neither reptiles nor fish. They are the jelly-like creature that thrives and survives in an ocean environment. Jellyfish are also not vertebrates. They do not possess any backbone type; hence, we can quickly call them invertebrates.

Can we call a goldfish a vertebrate?

Yes, we all know goldfish as a vertebrate. Goldfishes are domesticated cyprinids.

They tend to have some close relations with the Crucian carp. Hence, they shared a modern genome duplication almost 8-14 million years ago—goldfish stand to be one of the latest whole-genome duplications in the entire family of vertebrates.

Fish adjust their body temperature as per their surrounding environment. Hence, instead of being called only cold-blooded, they are known to be poikilothermic.

Most probably, all reptiles are cold-blooded, not poikilothermic. Also, they are incapable of breathing underwater, unlike fish. It becomes too complex for snakes to move during the wintertime.

So, hopefully, now you have got the answer to your question: Is a fish a reptile? No doubt that they are not. Even though, many similarities between fish and reptiles, the significant differences between these groups tend to be more prominent than the similarities we see.

Although fish are close ancestors of reptiles and thus, have shared some of the similarities too, we still cannot term fish as reptiles. Similarities between fish and reptiles include both of them having a cold-blooded nature. Both of these groups like to hunt and then eat the dead animals when it comes to feeding. Fish and reptiles have some similarities in terms of reproduction methods as well. Both of these groups, in most cases, reproduce by producing and laying eggs.

Regarding differences, reptiles have scaly skin, contrary to the fish that possess a bony texture their skin. We see no prominent limbs on the bodies of fish. However, reptiles include pretty developed limbs on their bodies.