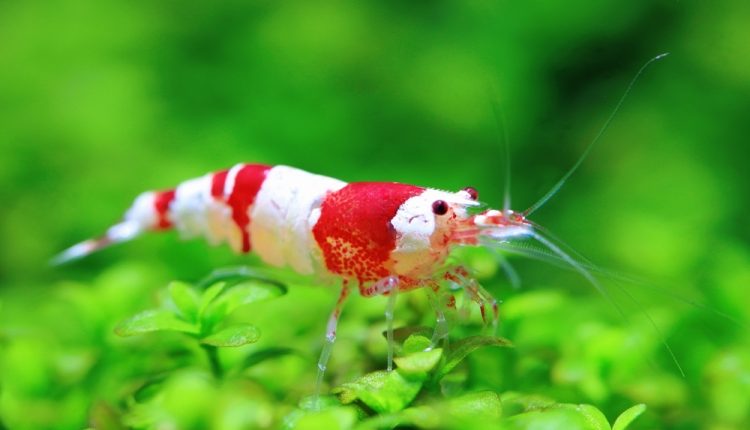 It’s easy to see why Crystal Red Shrimp are among the most popular shrimp in the hobby.

They are brilliant red with an iridescent orange-red gloss that distinguishes them from other shrimp.

These shrimp have a low profile and may dwell beneath gravel or plants in micro tanks or planted tanks.

If you wish to keep them as pets, there are a few things to think about before putting them in your fish tank!

This article will teach you all you need to know about caring for Crystal Red Shrimp in captivity so they can grow and reproduce.

Because they are a result of selective breeding, crystal red shrimp (Caridina cantonensis) do not exist in nature.

This one-of-a-kind shrimp is said to have arisen from a single alteration in a black Bee Shrimp.

They’re exceedingly difficult to come by, and a single shrimp may cost upwards of $50.

They are not advised for beginners since they are highly demanding.

Because of its rich red colour, Caridina cantonensis is also known as the “crystal red shrimp,” which may take on an almost purple hue in low-light circumstances.

They’re strong swimmers who’ll spend a lot of time swimming about your tank looking for food particles to eat!

They don’t like unclean water, thus cleaning should be done on a regular basis if you want these shrimp to grow in captivity. 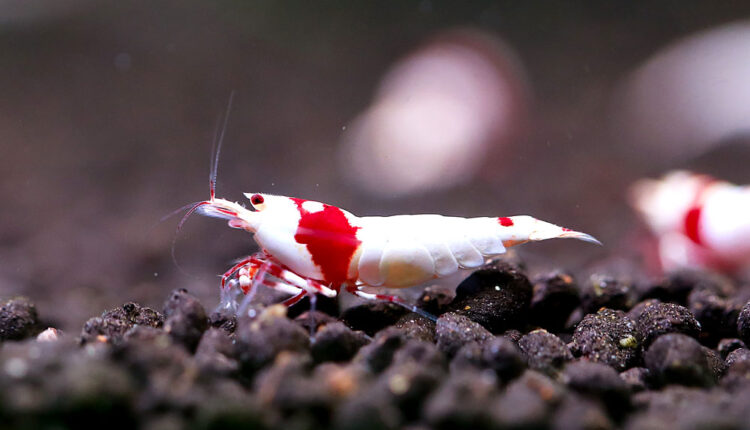 Because they are absolutely safe, Crystal Red Shrimp will not cause any issues in your aquarium.

They can be quite susceptible because to their size, therefore picking tank mates with care and caution is necessary.

They spend the most of their time searching for food towards the tank’s bottom.

Shrimp must molt every now and again because they destroy their old shell before developing a new one.

Their shell does not develop with them, which is why this happens.

Because it takes a long time for the new shell to form, they are extremely susceptible at this point.

The Crystal Red Shrimp’s body resembles that of any other freshwater shrimp.

Their heads are flat, with a pair of long antennae that they use to search for food in the water.

Their bodies are mostly red, white, and black in hue. Within these major hues, these shrimp have a variety of diverse designs (such as stripes or spots).

Because there are so many pattern variants, these shrimp have a grading system. SSS, SS, S+, S, A, B, and C are the seven grades.

The Crystal Red Shrimp is a dwarf shrimp that can get up to 1.5 inches long as adults, which is why they are known as dwarf shrimp. They can be kept with other dwarf species of shrimp.

The Crystal Red shrimp has a limited life span of roughly 18 months when reared in captivity.

This longevity can only be achieved if the tank and water are kept in perfect condition. Any deficiency in quality will result in a premature death.

The Bee shrimp is utilized as a reference for the water requirements, despite the fact that Crystal Red shrimp do not exist in the wild.

The Bee shrimp may be found in highland river streams in China and Vietnam, where the water is colder.

Once a week, 30 percent water changes should be conducted to maintain things steady. It’s also critical to keep ammonia and nitrates out of the aquarium.

What Tank Size Do They Need?

When it comes to tank size for Crystal Red shrimp, the bigger the better. These shrimp are very active swimmers and should have enough room to swim around. The recommended tank size is 10 gallons, but a larger tank is preferred. The bigger the tank, the less likely you will have issues with your shrimp staying healthy and nonaggressive towards each other.

A 10-gallon tank should be small enough to keep the maintenance level low, but large enough to provide Crystal Red shrimp with plenty of swimming space and oxygen. A large tank (such as a 55-gallon tank) may require more frequent water changes because of biofiltration issues, as well as more intense lighting than most people are comfortable providing in their home.

When choosing a tank that is 10 gallons or larger, it is best to avoid glass tanks and go with acrylic tanks instead because they are more durable and easier to work with in case of an emergency. Aquariums made of plastic can crack if they are dropped or hit against a hard surface, whereas acrylic aquariums can take a bit more punishment without breaking so easily. Acrylic tanks also come with built-in filtration systems that make it easier for new fish keepers to maintain crystal red shrimp tanks at home.

Keeping a large number of plants with Crystal Red Shrimp is a fantastic idea.

Plants give not only a place to hide, but also a food source, therefore they are happiest when they are surrounded by natural flora.

Although there are no specific criteria, sand substrate is a wonderful alternative.

Although Crystal Red Shrimp are exceedingly quiet, finding tank mates that won’t devour them is difficult.

Because of their size and coloring, they are an accessible target. Here are some suggestions for tank mates:

The ideal choice is to keep them together, as they will happily depart side by side without any problems.

You don’t have to be concerned about the number of guys in the tank since they’ll all get along perfectly.

When it comes to food, Crystal Red Shrimp are quite low-maintenance, and their diet may be quite basic.

They will eat pretty much whatever you give your fish, and pellets are just as tasty as flakes or frozen food.

Despite the fact that they spend the most of their time scavenging for food, it is still necessary to give them commercial shrimp chow on a regular basis.

Zucchini, broccoli, peas, romaine lettuce, and cucumbers are other staples in their diet.

The following are some of the most typical problems that Crystal Red Shrimp may encounter:

If your shrimp suffer any of the following problems, you should consult a veterinarian who can provide medication.

Crystal Red Shrimp have a short life span, however they are exceedingly easy to reproduce and will pair with no coaxing.

Just be sure you feed them on a regular basis, and the females will soon be bursting at the seams with eggs. She will then emit pheromones to alert guys that she is ready to reproduce!

Once laid, the eggs are transported under the female’s belly. After around 30 days, the eggs will hatch.

Remove any fish from the aquarium to assist the fry have a better chance of surviving. After four to five weeks, they will have reached maturity.

The Crystal Red Shrimp is a lovely and unusual freshwater shrimp that is becoming increasingly popular in aquariums.

When considering adding this creature to your tank, it’s critical to understand not just its physical requirements, but also the kind of social interactions it’ll require with other species in it to be pleased and happy.

It’s ideal for these shrimp if they can be kept together, but there are certain measures to consider, such as making sure there’s enough room.

If you follow these rules, we guarantee that your new Crystal Red Shrimp pals will exceed your expectations!

Why Is My Betta Fish Not Eating?

How Long Can a Betta Go without Food?