Why is My Goldfish Turning White 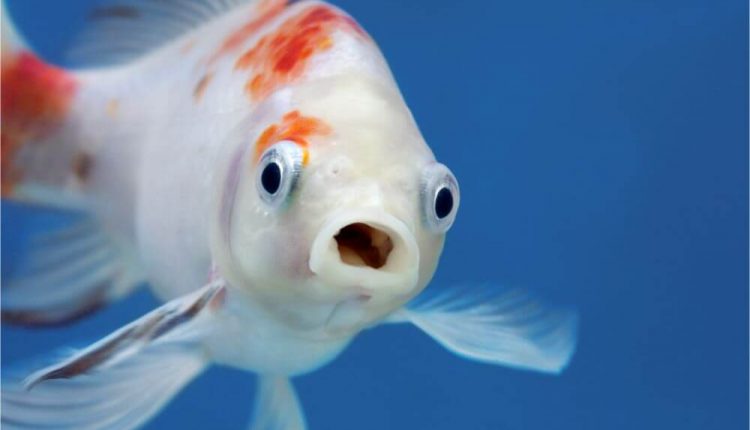 So many people think that a goldfish is the easiest type of pet to care for. After all, you just have to put them into a bowl of water and feed them daily, and that’s all they need, right? You might be surprised to learn that there is actually a lot of work involved in properly caring for a goldfish. Like any pet, there are times when goldfish have health issues. You might be asking yourself, why is my goldfish turning white. Why does this happen, and what should you do if it happens to your goldfish? Read on to learn more.

Is There a Cause for Alarm?

It may look like there is something seriously wrong with your goldfish, but don’t panic. A goldfish turning white is not necessarily a cause for concern. In fact, in the wild, most goldfish are not gold-colored at all. It is selective breeding that has made these fish that lovely golden-reddish color.

There are actually several colorations in goldfish, and color changes happen pretty frequently. Most commonly, goldfish will turn white, and several factors can come into play to explain the color change.

This doesn’t mean that there isn’t a health issue. There could be several reasons why your goldfish is turning white. To keep your fish healthy and happy, you need to learn about the various causes of this color change and what you can do about it if it is happening because of health issues.

If your goldfish has turned or is turning white, it may or may not be due to health reasons. Let’s take a look at some of the reasons why goldfish can end up turning white.

In many cases, when goldfish turn white, it is because they are getting older. If you got your goldfish when it was a young fry, you are likely going to notice a change in color as it ages and becomes an adult.

For instance, a multi-colored goldfish will evolve a lot in its first few years, and it is likely to change colors. This can also happen with fish that are entirely gold in color, depending on the breeding stock they came from.

Many goldfish will change color in the first couple of years as they are growing. If the color change is happening slowly, chances are it is because your fish is growing and evolving. If your goldfish is very old (they can live as long as 15 years when properly cared for), it will start to lose pigmentation in its last years.

Changes in the Tank Environment

Another reason why your goldfish may be turning white is if there are any changes in their environment. Goldfish are pretty adaptable, but this doesn’t mean that they aren’t sensitive to environmental changes.

Tank environment changes that could affect the color of your goldfish can include but are not limited to changes in pH levels, water temperature, and even water hardness/softness. It is essential to have a pH test kit and regularly test the pH balance of the water.

The ideal water temperature for goldfish is anywhere from 68 to 74 degrees Fahrenheit. If the water is cooler or warmer, it can cause the fish to begin turning white.

Many people don’t realize that simply adding a new aquarium plant or making any other changes inside the tank, or even moving it to a different location, can cause stress to fish.

Fish are a lot smarter than many people give them credit for, and they tend to notice these things and become stressed out. Luckily, once the fish is used to the changes, the lovely gold color will return in most cases. 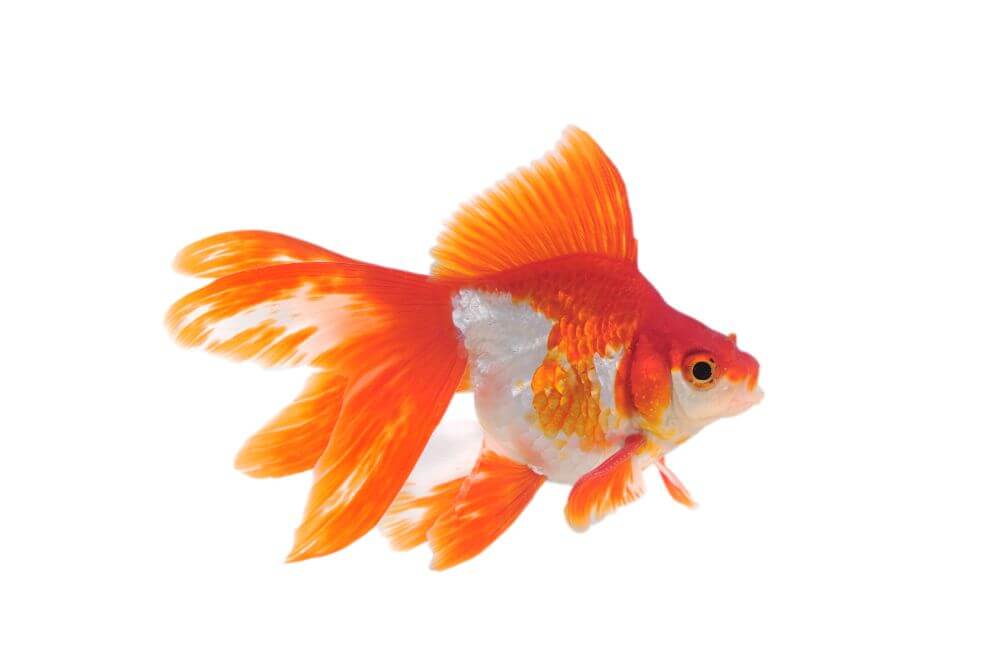 Just like with most animals, there is pigment in the skin of a goldfish. In some cases, a UV light will cause this pigment to react. It could be that your goldfish simply isn’t getting enough sunlight or that it is getting too much.

For example, if your tank is in a part of the room that doesn’t get much sunlight, and you move it to a brighter area, your fish is going to respond. After all, it is used to having a particular amount of light, and now that has changed. The more exposure to sunlight, the lighter the fish will be in color.

It is quite the same with a lack of light. Think about it this way. When humans spend a lot of time in the sun, our skin becomes tanned. Then, during the winter months, the skin grows paler again.

The same thing happens with goldfish. Without enough sunlight (or artificial light meant to mimic sunlight), your fish may start to become paler in color. All you need to do to correct this problem is to make sure that your goldfish gets sunlight regularly.

Oxygen Levels in the Water

Fish need oxygen to survive. Oxygen also plays a significant role in the coloration of goldfish. If there isn’t enough oxygen in their environment, they can become paler in color, almost translucent.

Ideally, your tank should always have dissolved oxygen, generally 8.3 PPM. They can tolerate lower levels (between five and eight PPM), but it is best to err on the side of caution and keep the levels around 8.3 PPM. If the oxygen levels are lower and you notice your goldfish turning white, this is likely the culprit.

When the oxygen levels are low, you may also notice that your goldfish behaves strangely. It may seem lethargic and even look like it is having trouble breathing. If this is the case, you will need to change approximately 60 percent of the water in the tank and add air stones to increase the oxygen levels.

Genetics plays a huge role in the coloration of goldfish. Did you know that in the wild, goldfish tend to be more greenish than gold? The gold color we all know and love is a result of selective breeding, and the colors are not always going to be stable due to this type of breeding.

If your goldfish is changing color due to breeding, this is generally nothing to worry about. It doesn’t mean there are any health issues.

Goldfish are like any other living being in that they need to have the proper nutrients in their diets to be healthy and keep their vibrant color. So, what you feed your goldfish could be playing a significant role in the coloration.

There are many foods that goldfish will eat, but for optimal health and vibrant color, it is always best to ensure that you are feeding your fish commercially prepared food high in nutritional value. There are even some goldfish foods that are designed to help improve their color.

If you are creating a diet for your goldfish, consider adding specific foods, such as Spirulina algae and Bentonite clay, both known to help improve goldfish color. Don’t be afraid to introduce new foods to your goldfish, as long as you ensure that the foods are rich in the nutrients goldfish need.

If you have determined that none of the above things have caused your goldfish to start turning white, it could be that there is an underlying health condition. When goldfish are ill, they often will turn pale, just as we humans do.

Unfortunately, making a diagnosis based on skin color alone can be difficult, as many illnesses can cause this type of paleness. It is essential to watch for other symptoms, such as difficulty in swimming, weakness, and lethargy.

Always test the water to ensure that your fish is not living in poor water conditions. For instance, if there are high ammonia or nitrate levels in the water, your fish could become quite ill. This can even lead to a shorter lifespan. If there are no problems with the water, you may need to speak with a veterinarian who specializes in goldfish and other freshwater fish.

Will Your Goldfish Get its Original Color Back?

Whether or not your goldfish will return to its original color will depend on the cause of the problem in the first place. If the reason was the lighting or the food your fish eats, then yes, their vibrant color may return.

On the other hand, if the color change was due to illness, genetics, or age, the color change will likely be permanent. But, if you are properly caring for your fish and have addressed health issues, the lack of color doesn’t mean that it won’t have a long and healthy life. It will just be a bit paler in color.